A civil society organisation, Socio-Economic Rights and Accountability Project (SERAP), has sent an open letter to President Muhammadu Buhari, requesting him to urgently set up a commission of inquiry to investigate the defence spending and military budgets between 1999 and 2018 in order to promote transparency and accountability in the sector.

The letter was in response to the outcry over the killing of over 100 soldiers and officers of 157 Task Force Battalion, when their base was raided by insurgents  in the remote Metele village, Borno State on November 18.

It is also alleged that 153 soldiers remain reportedly missing in action.

SERAP said the probe would ensure that the funds meant for military operation are spent for that purpose and end the vulnerability and killings of Nigerian soldiers such as the reported death of several Nigerian soldiers in the recent Metele Boko Haram attack.

The organisation also urged President Buhari to immediately refer to the International Criminal Court (ICC) pursuant to Article 13 of the Rome Statute, all allegations of corruption in the spending of funds meant to purchase arms to empower Nigerian soldiers to fight Boko Haram, including the apparent diversion and sharing of the over $2 billion under the former government of President Goodluck Jonathan and approved spending by his own government.

In the letter dated November 23, 2018, and signed by SERAP’s Senior Legal Adviser, Bamisope Adeyanju, the civil society group said: “We believe that referral of the cases to the ICC would serve as a deterrent and ensure that Nigerians, particularly those in the North-east of the country whose human rights including to life, to human dignity and to adequate standard of living have been violated are not denied justice and effective remedies.”

SERAP expressed concern that billions of naira allocated to the military to defend the country have neither contributed to improving the ability of Nigerian soldiers to fight Boko Haram and other armed groups nor provided the much-needed security especially for Nigerians in the North-east of the country.

It urged Buhari to move swiftly to implement these recommendations that will demonstrate his government’s commitment to end the perception of lack of transparency and accountability in military budgets in the context of the conflict in the Northeast and to ensure the safety and security of solders and all Nigerians in that part of the country.

The letter read in part: “The military’s inability to respond adequately to the Boko Haram insurgency suggests among other things a mismanagement in the spending of the country’s defence budgets. Establishing a commission of inquiry to investigate how defence and military budgets have been spent since 29 May 1999 would help Nigerians to know if the funds meant to defend the country and for purchase of arms to empower Nigerian soldiers to fight Boko Haram have been transparently and accountably spent”

It expressed dismay that many cases of those alleged to have diverted and shared funds meant to purchase arms to empower Nigerian soldiers to fight Boko Haram have stalled, saying all such cases should be  investigated and prosecuted by the ICC.

“SERAP notes that in 2014 about N340billion (US$1.7billion) was allocated to the military.  Also, a number of offices had budgets allocated to them in relation to the Boko Haram conflict. The military received the largest funds in the federal budget in 2014. In October 2014, the National Assembly approved a request to borrow US$1billion as an additional amount for purchase of military equipment. In 2015, about N375billion (US$1.8billion) was allocated to the military in the federal budget. The same year, an interim report of the presidential investigations committee on arms procurement under the former president Goodluck Jonathan administration revealed an extra-budgetary spending to the tune of N643.8 billion and an additional spending of about $2.1 billion under the Goodluck Jonathan administration,” the statement said. 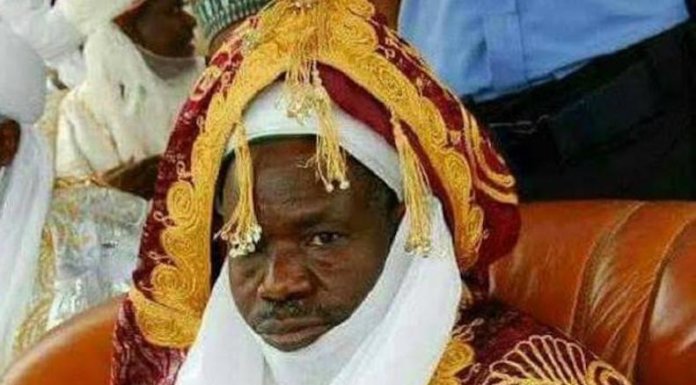