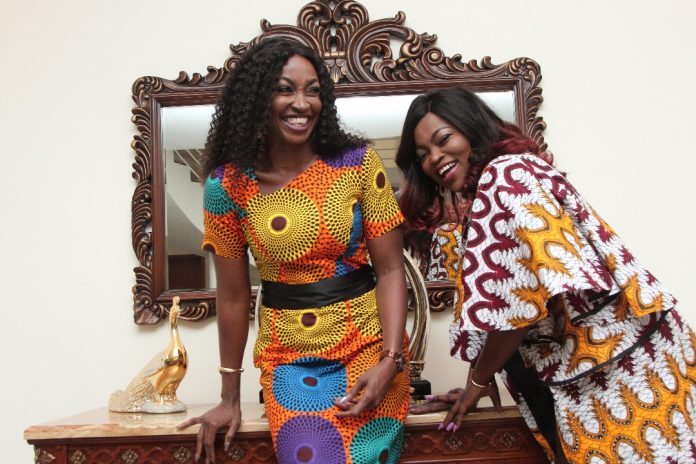 Yinka Olatunbosun argues that the new Ebony Life movie, “Chief Daddy” is built on the same entertaining model as Wedding Party I & II with its serious comedy, intrigues and the Nigerian party flavour while raising a pertinent moral question on marital values.

The shuttle between the two cinema halls that morning at Imax Cinemas, Lekki allowed some cast and crew of Chief Daddy movie to choose their seats before the much-anticipated screening and the pop-corn rush. An atmosphere of camaraderie with Nollywood’s favourites such as Chigurl, Kate Henshaw, Joke Silva and Falz the Badh guy heightened the mood of the cinematic experience which will soon be enjoyed by a larger audience across Nigeria from December 14. Directed by Niyi Akinmolayan, Chief Daddy is based on a domestic drama that ensued upon the death of a billionaire industrialist, Chief Beecroft otherwise known as Chief Daddy. His partying gift was a life of philandering and its bi-products namely mistresses and adorable children.

As typical of other box office hits by Ebony Life Production, the plot was developed along the party mode. A planned funeral party for Chief Daddy and his last wish documented in his will set the pace for the drama. Starring Richard Mofe-Damijo, Shaffy Bello, Ini Edo, Dakore Egbuson-Akande, Funke Akindele, Beverly Osu, Patience Ozokwor, Rachel Oniga and Nkem Owoh, the producer for the movie, Mo Abudu, in her remarks at the press premiere said that the movie’s storyline shows that “men are by nature polygamous and that is the moral of the story.”

That assertion is quite popular. But, there is a marked difference between philandering and polygamy. In a polygamous culture, men are culturally accepted to have more than one wife. But in the case of philandering, the other women are not recognized as wives, instead, they are considered scaffolds not pillars in a man’s life. That’s why the knowledge of their existence is kept secret from the legal wife.

But the audience is left to decide for themselves the side of the argument to take. There are other intended social realities thrust upon us in the visual narration. For instance, the scene of Chief Daddy’s emergency situation demonstrates what usually happens at a rich man’s house- the domestic staff may have bad phones or low call credit perhaps due to poor remuneration or sheer negligence. That looked more like a moral lesson than the polygamy argument.

Of course, the movie teaches the virtues of patience, tolerance and empathy- for a mistress may raise a better behaved child than the legal wife’s. Chief Daddy is certainly entertaining with great cinematography, opening soundtracks from Ibejii’s retro music collection.