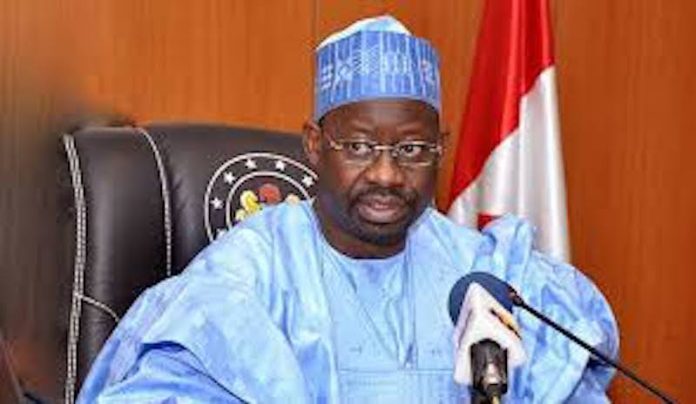 Government, the world over is a subject of accountability. When a government makes proper accountability a legacy with a view to ensuring that the people get value for the resources spent while in office, it becomes a foundation for subsequent administrations to succeed. In governance, it is often very inviolable to always bequeath a benchmark that will provide a soft landing for the next administration to heave a sigh of relief in terms of kick-starting the day-to-day business of providing the dividends of voting in such administration. In Gombe State, the history of legacy building has become intrinsical of governance as successive governments made it an unassailable responsibility to see to it that the next administration does not get burdened to death by any means whatsoever. By burden, it is crystal clear in contemporary times that nothing burdens a state or nation like debt. The present administration, with all sense of caution, has in all directions deviated from the norm of leaving behind legacy for the next administration through their misplaced spending that has shown that the people of Gombe do not get value for all the revenue collected in the last seven years. This article is structured to show the discrepancy between the huge revenue and the work that the present administration claimed to have done. The discrepancy is an evidence of poor accountability and financial abuse vis-à-vis all the allocations accrued to Gombe State.

The state government had reeled out the achievements of the Dankwambo-led administration which included an upgrade of the 1500-bed Children & Women Hospital close to Id ground, construction of a dialysis center in Specialist Hospital Gombe, construction of the College of Nursing & Midwifery, Dukku, construction of a snake-bite treatment center in Kaltungo and the installation of eight dialysis centres. The government also claimed to have rehabilitated pipelines to Kwami, constructed a dam at Boh, Shongom LGA. In the education sector, the government was praised by paid associates for renovating more schools than constructing new schools. In the agricultural sector, the government could only boast of procuring 250 tractors and the establishment of a non-functional micro finance bank within the last seven years for an agrarian state like Gombe. At a time when the agricultural policy of the federal government through Anchor Borrower Programme is yielding results and enriching farmers, the state government remained inactive in that sector.

The state government claimed to have upgraded the International Airport in Gombe but for those of us who have had the privilege of seeing it, the airport has nothing to show, except that the government of the day has abandoned it for years. In addition, the government said it has constructed several roads within the state, built a N4 billion International Conference center as well as procured N4.4 billion hospital facilities which lies waste at the warehouse.With the huge revenue collected from the federal account, Paris Club refund and IGR for seven years, the government could only claim these achievements. Without sounding immodest, the government has not given the good people of Gombe state the right value for their money within the last seven years. In addition to the revenue, the government has a huge debt burden of several billions of naira as domestic debts and millions of dollars as foreign. As a matter of legacy, the people of Gombe must task the state government to be financially responsive for once by paying all its debts before folding the napkin of their debt-driven style of leadership in the state. With the N30 billion bonds secured, yearly average of N31 billion as FAAC disbursements to Gombe for seven years which gives at least N217 billion, the IGR and Paris Club refund, there has been an unprecedented neglect of infrastructure as evident in the Pantami stadium, International Airport, rural roads like those in Nafada axis of the state, hospitals and schools to mention but a few.

Unjustifiable borrowing which is characteristic of the Dankwambo administration and a proof that good leadership has lost its definition in Gombe State has put the future of Gombe after Dankwambo in a very precarious situation that it will only take an administrative guru which the Peoples Democratic Party (PDP) does not have to turn around the ill-fortune. Little wonder everyone seems to be hooeful for the All Progressives Congress (APC) to bounce Gombe back to become the jewel in the savannah in all sectors of governance in the state. When the infrastructural developments for which borrowing was meant are absent in reality or what is on ground are not commensurate with what the state government has borrowed despite the federal allocations and Paris Club refund, then it bleeds the heart of citizens who bear the brunt of an administrative ill for which Gombe State has been reduced to by those who claim to be experts on the pages of newspaper.

In 2016, according to the Nigeria Extractive Industries Transparency Initiative (NEITI) which focuses on Federal Account Allocation Committee (FAAC) disbursements, Gombe State received total FAAC allocations of N31.41 billion, while the Internally Generated Revenue (IGR) stood at N3.57 billion to make total revenue of N34.98 billion. Similarly, in 2017, Gombe State received N31.23 billion and also the state government got N13.4 billion Paris Club refund. Despite similar allocations from 2011 and other IGR means of raking in more money the infrastructure that are on ground are not what the people expect to see. Shockingly, in spite of the FAAC allocations to the state government, Gov. Dankwambo on assumption of office secured N30 billion bonds in the name of the infrastructure that are either a proof of financial waste in large proportion or an evidence of a round peg in a square hole as far as governance is concerned in the state. Perhaps this is the reason Gov. Dankwambo is seeking to impose Senator Nafada to become the next governor so that the debt status of the state will remain a mystery to the people. The governor knows that in a situation whereby Dr Jamilu Isyaku Gwamna had won the primary it would have been difficult for JIG to be used as the governor’s stooge, in view of JIG’s impeccable character that has made him the Sardaunan Gombe and a vanguard of trust. The question now is what legacy will Dankwambo leave behind for the next administration? I hope the governor is not thinking of leaving behind debts burden for the next administration to bear. This is the more reasons many across the state have been canvassing for the APC to come on board so that the anti-corruption fight of President Muhammadu Buhari will be felt in the state, and those who helped themselves to the wealth of the people would be made to cough out the money.

Furthermore, despite the constant FAAC allocations, Paris Club Refunds and other IGR sources of revenue collections, the state has a debt burden N63.89 billion in 2016 and N41.9 billion in 2017 as domestic debts while the foreign debt stands at USD38.5 million. This is one reality show that Dankwambo doesn’t want to be featured in always and that’s why his praise singers have resolved to see to it that they paint the administration of this government good while failing in the area of taking responsibilities for their un-kept promises to the good people of the state. Shying away from taking the blames of an administration that is always good on the pages of newspaper but nothing to show at the grassroots doesn’t in an inch dignify the present administration in Gombe. By attacking those saying the truth instead of addressing the issues raised is nothing but a testament of betrayal of the trust of the people at the very top of leadership in Gombe State.

The people of Gombe State will be more interested in the revelation of the secrets behind the state of governance in Gombe and to also know how the huge debts of the present administration will be repaid. With the infrastructural decays, neglect of projects bequeathed to this administration, huge stockpile of pensioners’ unpaid gratuities and to worsen the matter the avalanche debt burdens the self-styled administration is leaving behind, one cannot be silent but cry out now to avoid an economic mishap in the nearest future. Hence, the people of Gombe state should as a matter of urgency see this as a wake-up call to demand thorough explanation and ultimately investigation so as bring the government to account for their financial actions.

Muhammad Baba Gombe writes from Gombe and can be reached via muhdbaba@yahoo.com 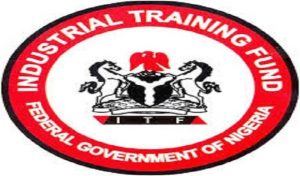