The organised labour has threatened to demand payment of two years arrears of the proposed new national minimum wage for Nigerian workers from the federal and state governments.

The President of the Nigeria Labour Congress (NLC) Ayuba Wabba, said this wednesday when he received the General Secretary, Public Service International (PSI) Rosa Pavanelli, in his office in Abuja.

Wabba said the delay by President Muhammadu Buhari in transmitting the executive bill to the National Assembly was becoming worrisome, adding that workers may be forced to insist on payment of arrears of those two years already lost.

“Workers in the country have made tremendous sacrifice and I think going forward, we are going to demand for arrears of those two years we have lost,” he said.

The NLC president said all fairness and justice, requires that such time lost due to delays in negotiations should be taken account of by government.

“I also want to inform you that we have passed the first hurdle and it took us almost a year to be at the tripartite negotiation table for a figure, and we have agreed on a figure of N30, 000.

“That figure has been transmitted to the president who set up the committee and we have also told them to forward an executive bill immediately to the National Assembly”, he said.

Wabba said the labour movement was aware of the new tactics by the state governors to arm-twist what has already been done.

He further insisted that six state governors were part of the negotiation process, with each representing their geopolitical zones.

According to Wabba, public hearings were held in the zones, where the state governors were invited to make their inputs

“So, mutually on the negotiation table, we have looked at all other factors, especially factors that were provided in convention 131 and 95 of the International Labour Organisation (ILO) on the minimum wage in which five factors were considered.

“The issue of the purchasing power parity, inflation, ability to pay, all those factors were considered and that is how our demand of N66, 500 was then agreed mutually on N30, 000,” he said.

In her remark, the PSI official said she was in Nigeria to show support for trade union movement in the country.

“Working for months, providing services to people without being paid is something that is unacceptable and this unfortunately what is happening here.

“In a country which is rich of resources that can have wealth distribute but it is oppressed by the greater international capital that wants to grab the resources and forget the people who create wealth for the country. This is very wrong and unacceptable,” she said. 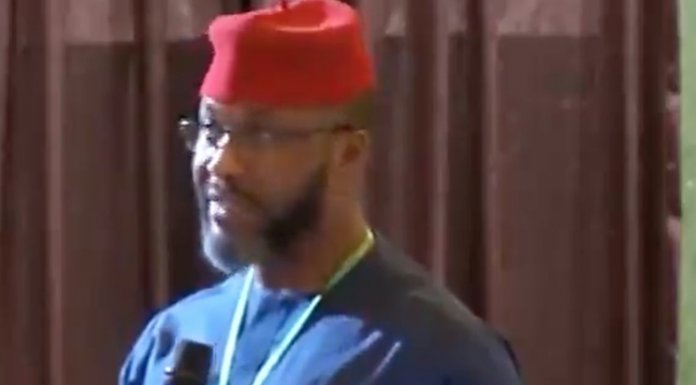