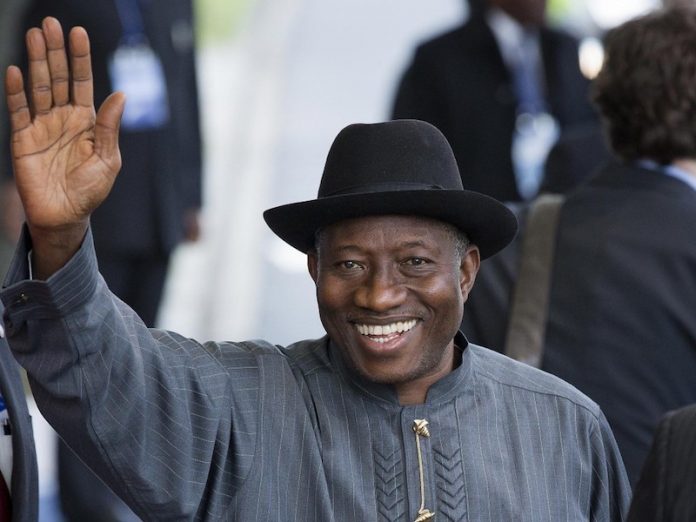 The Peoples Democratic Party (PDP) has felicitated with former President Goodluck Jonathan as he clocks 61 years, while also describing him as icon of democracy.

The main opposition party has also mocked President Muhammadu Buhari for allegedly stealing the Rex Institute’s “Next Level” logo and mantra as his 2019 campaign mantra and presenting it to Nigerians as their idea and creation.

The National Publicity Secretary of the party, Mr. Kola Ologbondiyan, in a separate statement yesterday, described Jonathan as a pillar of contemporary Nigeria democracy, whose patriotism and personal sacrifices ensured the unity, stability and corporate existence of the country, particularly given the circumstances of the 2015 general elections.

According to him, “Jonathan remains a true Nigerian leader, whose administration is known, not only for good governance and landmark development projects across the country, but also for the entrenchment of democratic values, rule of law, equity and justice, respect for separation of power and constitutionally guaranteed rights of citizens as well as engendering harmonious coexistence of all interests in our nation.”

Ologbondiyan noted that Jonathan demonstrated that the true essence of leadership and statesmanship is the application of the virtues, opportunities and authority therein for the good of others rather than self.

Meanwhile, the main opposition party has mocked Buhari’s presidency for stealing the Rex Institute’s “Next Level” logo and mantra as his 2019 campaign mantra and presenting it to Nigerians as their idea and creation.

The PDP said the revelation has further confirmed that the Buhari Presidency lacks integrity as a fraud syndicate that thrives on deception, lies, false performance claims, certificate forgery, and corruption, while always trying to take credit for the achievement of others.

Ologbondiyan added that PDP was however, not surprised that Buhari, in his desperation, could go as low as patronising plagiarism and false credit claims, since it is clear that he lacks the competence to initiate and articulate an original blue print for leadership.

According to him, “This shameful plagiarism by the Buhari Presidency has further sunk him into self-inflicted public opprobrium, from which he has not recovered since the demonstration by Nigerians, that he does not have his acclaimed WAEC certificate and had to procure an attestation, which Nigerians also discovered to be a forged document.”

The PDP said that Buhari has over time shown that he cannot be trusted, adding the president heads the most corrupt administration in the history of our nation.

“A perusal of President Buhari’s 2019 campaign document reveals that apart from the stolen logo and mantra, the document is replete with false claims, spurious projections and unsubstantiated figures in the bid to again beguile Nigerians ahead of the election,” the party said