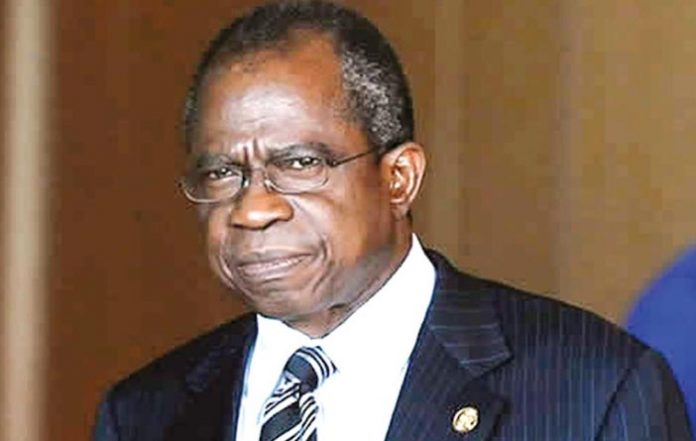 Ojo Maduekwe discloses why the All Progressives Congress may be concerned about the recent open support by prominent Igbo leaders for the Peoples Democratic Party presidential candidate, Atiku Abubakar

The endorsement of the presidential candidate for the Peoples Democratic Party (PDP), Atiku Abubakar, by prominent Igbo leaders, is making the All Progressives Congress (APC) uneasy; even though the party acts like it’s unperturbed.

Last week, a gathering of Igbo leaders made up of elders, traditional rulers, politicians and clergymen, at a one day non-partisan summit in Enugu deliberated on the forthcoming 2019 elections and what it entails for Ndigbo.

At the end, in a communiqué read by prominent constitutional lawyer, Olisa Agbakoba, the leaders charged Ndigbo to “realize the Atiku/Obi ticket”.

This public endorsement by leaders in the Southeast, the first from any ethnic group, foreclosed any likely support from the region for the presidential candidate of the ruling APC, President Muhammadu Buhari.

From the president down to the national leadership of the APC and further down to cabinet members of the party from the Southeast, this endorsement has startled them, inspiring a chain of press releases to the contrary.

In a statement by one of his spokespersons, Buhari was said to have told a small group of visiting politicians from the Southeast, led by national chairman of the United Progressive Party (UPP), Chekwas Okorie, that he was told by some “leaders from the region” to disregard the endorsement.

Critics of Buhari find it amusing that he would accept assurances from a few nameless “Igbo leaders”, along with APC sympathizers like Okorie, whose UPP party have adopted Buhari as its 2019 presidential candidate.

They argue that it would be naïve for Buhari or his party to think they can ignore the voices of reputable Igbo leaders such as the President General of Ohanaeze Ndigbo, Chief Nnia Nwodo; the Obi of Onitsha, Igwe Nnaemeka Achebe; Prof. Ben Nwabueze; former Ohanaeze President-General, Chief Gary Igariwey.

It is believed that the voices are too many to ignore, and that this decisive stance taken by representatives of one of Nigeria’s major ethnic group was a no confidence vote passed on Buhari’s first term.

There’s no love lost between the Igbo and Buhari. Being no fan of his, the people have consistently condemned some of his administration’s policies towards their region. Buhari too has never tried to conceal his disdain for them.

During the 2015 presidential election, the region dumped almost all its vote in one basket for then President Goodluck Jonathan, and lost, after Buhari defeated Jonathan. Not long after, Buhari was a guest of the US Institute of Peace where he made his now infamous and highly criticized “97% vs 5%” statement.

Since then the Igbo and the Buhari administration have disagreed on virtually all of the president’s policy, with both sides refusing to blink first; and so it was only expected that this feud would continue into the 2019 general election.

Politicians like Governor Rochas Okorocha of Imo and labour minister, Chris Ngige (both Igbo and members of the APC), have called this standoff bad politics; saying that their kinsmen, by their refusal to work with Buhari, were denying their region and tribe a seat at the centre table of mainstream Nigerian politics.

Another Igbo, Osita Okechukwu, who is a member of the APC, and the Director-General of the Voice of Nigeria, sees the endorsement of Atiku by the Igbo leaders as not in the best interest of the ethnic group and Southeast.

Okechukwu’s number one reason why the Igbo should have endorsed Buhari instead was because according to him, they have a fair share on what he calls “Grade A ministers” in the Buhari administration.

His second argument, one that is highly debatable, is that the APC-led federal government has executed more “critical infrastructures” in the Southeast region in less than four years than the PDP did in its entire 16 years.

This view was also expressed by the APC in a statement signed by the national publicity secretary, Lanre Issa-Onilu, wherein the ruling party described the news as “purported” and the endorsement as an “affront” to the Igbo which it claims were “frontline victims of the 16 years of the PDP’s misrule.”

Infrastructure aside, the majority verdict is that the Igbo have also not fared well with the Buhari-led APC government. Some even think the Igbo are worse off under the APC, especially with regards to the highhandedness by the federal government in the handling of the issue of Biafra and the security agencies mistreatment of members of the Indigenous People of Biafra (IPOB).

Overtime, the president, his party and supporters have wrongly characterized the pressing needs of the Igbo to be infrastructure and nothing more.

But, at the summit, the Igbo leaders reiterated the yearnings of their people to have always been a restructured and united Nigeria where every group is allowed to strive under the banner of justice, equity and fairness.

“This country has never been so divided as it is today. We Igbos have always yearned for a level playing field with justice, equity and fairness… We identify with the Atiku/Peter Obi ticket on the restructuring”, and “believe that as long as the federating units remain weak the center will continue to be weak. We equally move to appreciate the position of the Atiku/Obi ticket in promoting national unity,” part of the summit’s communiqué read.

Judging by this needs, critics of Buhari believe that he’s not only failed the Igbo people, but almost all the other ethnic group that make up Nigeria, and that the PDP’s Atiku/Obi ticket would be an easy sell in a country made more divided by the president’s policies.

Igbos have always yearned for a level playing field with justice, equity and fairness. We identify with the Atiku/Peter Obi ticket on the restructuring”, and “believe that as long as the federating units remain weak the center will continue to be weak. We equally move to appreciate the position of the Atiku/Obi ticket in promoting national unity