Pension Operators Brainstorm on Addressing Emotions in Workplace  9 mins ago

CSCS, Stakeholders to Harp on Policy Guidelines for Secured Cyber Environment 11 mins ago 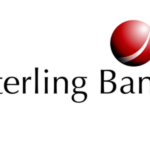 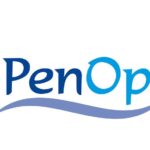 Why Abians Yearn for Uche Ogah

In 2003, a gubernatorial campaign poster in Anambra state posed a thought- provoking question to the people of that state in view of the maladministration bedeviling the state at that time. The poster read: “Are we the cause or are we cursed”? Today, a similar question has become a refrain on the lips of a broad spectrum of Abians. They rue that their beloved state, the very God’s own state, has descended into the debilitating maladministration; into the lowest rung of socio-economic and infrastructural development and wonder what and where they have gone or done wrong.

But Abia is certainly not cursed as a state neither are its people the cause of the current inept administration in the state. The man who currently sits in the Government House, Umuahia as Governor, his godfathers and visionless cronies are the cause of our woes. Abians did not bargain for this monumental failure when they went to the polls in March 2015 to elect a Governor. Though, a product of brazen imposition and mindless electoral manipulations, generality of Abians had hoped that Governor Victor Ikpeazu will warm himself into their hearts and minds with quality, people oriented and result oriented leadership. But alas! Almost four years down lane, it is glaring that God’s own state and its people are trapped in, to use the popular Nigerian parlance for unfortunate situations, ‘one chance bus’
Abia people will not be trapped for ever. Their liberation is at hand. The unprecedented jubilations that greeted the nomination of Uche Sampson Ogah as the Abia state governorship candidate of All Progressives Congress, APC across the length and breadth of the state bears quantum testimony that the people are eagerly waiting for him to come on board and steer Abia to the path of greatness. The people trust Ogah to liberate them from the shackles of bad governance, extreme deprivation and poverty which Ikpeazu and his cohorts have inflicted on them.

It’s a shame that Abia, populated with highly skilled and sons and daughters; a state that parades academics and professionals who are high flyers in different fields has continued to be derisively referred to as “Civil Servants state”, a metaphor for lack of industries and total dependence on monthly federal allocations. Even with civil service as the “biggest industry” in Abia, workers in the state under Ikpeazu groan under the weight of unpaid salaries and wages. Key items on Ogah’s blue print for Abia are industrialization, Job creation prompt payment of worker’s salaries. So, for Abia workers, your salvation is on the way. Weep no more.

An industrialist who sits atop a flourishing conglomerate with diversified business interests, Ogah is a job and wealth creator with close to 50,000 employees on his pay roll. As Governor, he will replicate what he has been doing as a private businessman on Abia. He will decouple Abia from federal allocation by investing in Agro-allied industries and manufacturing. This way, human capital development is achieved and jobs made available for thousands of graduates in various fields Abia produces every year. With increased Internally Generated Revenue, IGR driven by massive industrialization, Ogah will set Abia on the path to becoming an economic giant.

Uchechukwu Samson Ogah is imbued with the necessary leadership ingredients required of anyone who wants to lead a highly resourceful people like Abians. These are lacking in the current leadership for a leader must be ready at all times to identify and show empathy for the people. It would appear that John Mason saw through the heart of Ogah when he, Mason said that “the true measure of a person is in his height of ideas, the breadth of his sympathy, the depth of his conviction and the length of his patience”. The burden of the people, Ogah sees as his; their cries pricks his heart and their pain, pains him more.

This explains why Ogah’s philanthropic gestures, his humanist bend resonates throughout Abia state. For example, his foundation, the Uche Ogah Foundation, founded in December, 2001, has provided economic and medical succor to many in Abia State and different communities across the nation. In the last couple of years, Ogah has also offered scholarships to many students across the country in addition to sponsoring free medical services in different parts of Nigeria.He has equally built and equipped a number of modern hospitals in his native community, Uturu and other communities in Nigeria.Ogah also partnered with a number of medical centres, including the Hopeville Rehabilitation Centre, to fabricate artificial limbs and calipers for people with a disability.

He has also instituted a chair at the Abia State University and is building a 5,000 capacity auditorium in the same university.
Abians are in unanimity that Ogah is a liberator and shackles breaker who is needed more than ever before to free Abia from misrule and inhumanity. And they eagerly wait to crown him their next governor, via their votes next year.

A recipient of the National Honour of Order of the Niger, OON, Ogah was born to Chief Wilson and Ezinne Pauline Ogah of Onuaku Uturu,Isuikwuato Local Government Area of Abia State on December 22, 1969.He attended Ishiagu High School, after which he worked at West African Examination Council (WAEC) from 1986–89, before he proceeded to the Institute of Management and Technology (IMT), Enugu State where he obtained Upper Credit at Ordinary National Diploma (OND) in 1992 and Distinction at the Higher National Diploma (HND) Level in 1995 in Accounting. He also attended University of Nigeria, Nsukka (UNN) where he obtained a Postgraduate Diploma in 2005.The oil mogul equally has a Bachelor of Science degree (Banking and Finance) from Ogun State University and a Masters in Business Administration (MBA) from University of Lagos. Ogah obtained his ACA in 2007. He is a Fellow, Institute of Chartered Accountants of Nigeria (ICAN); Fellow, Institute of Brand Management of Nigeria; Fellow, Nigerian Institute of Shipping; Fellow, Employment & Career and member, Chartered Institute of Bankers.

The APC governorship candidate began his career as a banker with a year of National Youth Service year at NAL Bank Plc. Thereafter, he took up full employment at All States Trust Bank where he worked for around two years before joining Zenith Bank in 1997. At Zenith Bank, he set a record of growing a new branch from zero balance sheets to over N9 billion and rose to the position of an Assistant General Manager (AGM) in Zenith Bank. He resigned in 2007 to pursue a career in entrepreneurship.

Upon exiting Zenith bank, he founded Master Energy Group.Ogah is currently the President of Master Energy Group – a conglomerate with workforce of about 42, 000 with interests in oil & gas, banking, insurance, aviation, shipping, dredging, logistics, construction, travel services, and power.

Masters Energy Oil and Gas Limited has grown into a conglomerate with investments worth tens of billions of naira. At a time when investors were exiting the Niger Delta because its security challenges, Masters Energy City invested billions of naira in Port Harcourt, Rivers State. Ae single investment, a 158,000 tonne petroleum products storage facility provided direct employment to over 600 citizens of the Niger Delta region, and over 4,000 ancillary positions.

Masters Energy City contains a fabrication yard which fabricates and constructs equipment for use in the oil and gas industry and other sectors. The fabrication yard has constructed two different 1,000 MT capacity barges and is presently constructing additional three barges. Masters Energy sells petroleum products at over 60 retail outlets in Nigeria at government’s approved pump price. Its depot in Port Harcourt also sells products at government’s approved depot price.

In December 2011, the then Executive Governor of Abia State, Chief Theodore A. Orji, laid the foundation stone of Masters Energy Industrial City in Isikwuato. This industrial complex is expected to grow the economy of Abia State by attracting investment from across Africa.
Apart from the OON, Ogah, in recognition of his service to God and humanity,is also a recipient of mélange of other awards including Honorary Doctorate degree in Business Administration by Abia State University; Ambassador, Governing Council of the Nigeria-Turkey Chamber of Commerce and Industry
2013 Nigerian – American Chamber of Commerce Outstanding Entrepreneur by Nigerian – American Chamber of Commerce ; Oke Oji Abia by Abia State Government; Pride of Abia by Hallmark Newspaper Ltd;