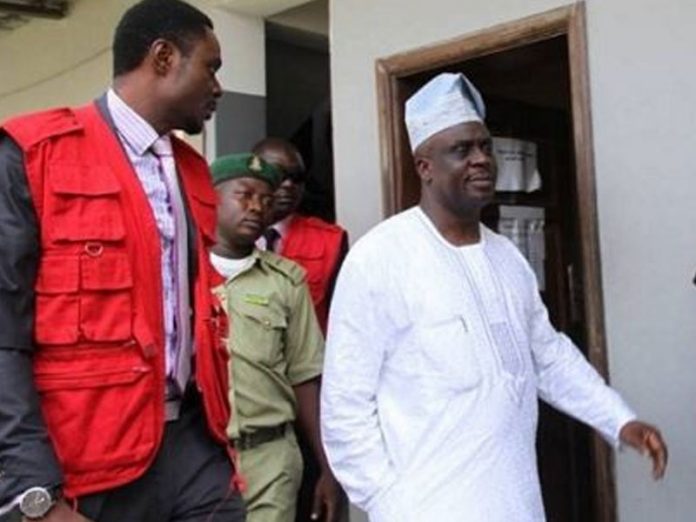 The Economic and Financial Crimes Commission (EFCC), has re-arraigned a former Chief of Air Staff, Air Marshall Adesina Amosu (retd.) and two others before Justice C. J. Aneke of the Federal High Court sitting in Ikoyi, Lagos on an amended 13-count charge bordering on money laundering to the tune of N21bn.

Amosu is facing trial alongside Air Vice Marshal Jacob Bola Adigun, a former Chief of Account and Budgeting, and Air Commodore Gbadebo Owodunni, a former Director of Finance and Budgeting for alleged conspiracy and conversion of the funds belonging to the Nigerian Air Force (NAF)to their personal use.

However, Justice Aneke, earlier in his ruling at the sitting, dismissed an application by the defendants seeking to dismiss and acquit the fourth to eleventh defendants on the grounds that their names were notified included in the amended charge .

The judge also ordered the defendants to take their pleas.
Based on the ruling of the court, the prosecution counsel, Nnemeka Omewa, told the court that the EFCC had 13- count amended charge dated October 15, 2018 and prayed the court for the charge to be read to the defendants.