The federal government is set to auction by way of subscription, N115 billion worth of bonds on November 21, the Debt Management Office (DMO) revealed yesterday.
The revelation was contained in a circular on its website, which indicated that the five-year bond of N35 billion with April 2023 maturity was being offered at 12.75 per cent.
Similarly, the seven-year-bond configured in N35 billion coupons, is to mature in March 2025 and would be auctioned at 13.53 per cent.

According to the circular, the 10-year bonds (N45 billion), which would be due in February 2028, would be auctioned at 13.98 per cent.
The Unit of sale, the DMO stated, is N1,000 per unit, subject to a minimum subscription of N50 million and in multiples of N1,000 thereafter.
The bonds, the DMO stated, are backed by the full faith and credit of the Nigerian government, with interest payable semi-annually to bondholders, while bullet repayment will be made on maturity date.

The country issues sovereign bonds monthly to support the local bond market, create a benchmark for corporate issuance and fund its budget deficit.
Meanwhile, the corporate bond market recorded a decline in activity in 2017 relative to 2016, as corporates raised only N21.5 billion in three issues in 2017, representing 75 per cent decline from N86.1 billion in 2016, the DMO said in its just-released 2017 annual report.

The report said, “The FGN Bond issuances dominated primary bond market activities as the government continued to issue bonds to finance its budget deficit and refinance maturing obligations among others.

“The federal government introduced three new products into the domestic debt market; namely: FGN Savings Bond, Sovereign Sukuk Bond and Green Bond.
“In the corporate bond market, there was a decline in activity relative to 2016, as corporates raised only N21.5 billion in three issues in 2017, representing 75 per cent decline from N86.1billion in 2016.

“In 2017, the FGN shifted its focus by borrowing mainly from the external sources, thereby reducing its participation in the domestic debt market so as to create ample space for the private sector to access credits, and also as part of its debt strategy to reduce its borrowing cost and reduce pressure on investable funds in the domestic market with the aim of depressing borrowing cost.

“Between February and April 2017, the DMO successfully issued Eurobonds for a total of $1.5 billion for a tenor of 15 years in two tranches ($1 billion Eurobond and an additional $500 million Eurobond), under the $4.5 billion Global Medium-Term Note Programme.
“These two Sovereign Eurobonds became the first foreign currency denominated Bonds to be listed at The Nigerian Stock Exchange and the FMDQ OTC Plc.

“In November 2017, $3 billion Eurobonds were also issued: 10-year $1.5 billion and 30-year $1.5 billion. The issuance of the 30-year Note was a landmark achievement as the tenor represents the first by a sub-Saharan African country other than South Africa, and importantly establishes the bases for long-term infrastructure financing, which is the priority of the present government.”

The report added that the same year, the federal government also issued its maiden $300 million Diaspora Bond in the International Capital Market to part-finance the 2017 budget.
The Diaspora Bond provided Nigerians resident abroad the opportunity to partner the government in its efforts to stimulate economic growth.
The bonds, the DMO said, became the first issued by an African country, after South Africa, which was registered with the US Securities and Exchange Commission. 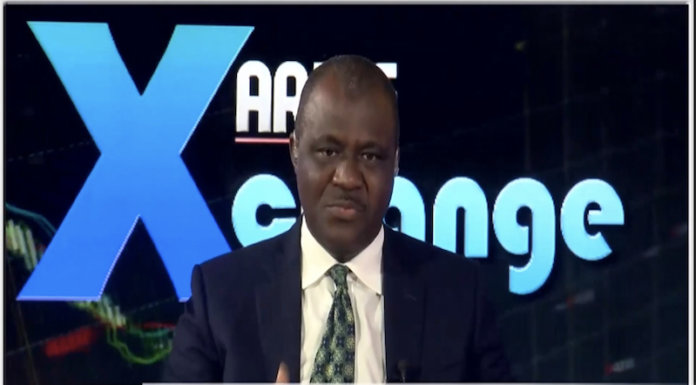