After a long drawn battle with threats of fire and brimstones, the organised labour alongside the private sector suspended its proposed mass action over their demand for a N30,000 minimum wage as President Muhammadu Buhari warmly received the report of the Tripartite Committee of the National Minimum Wage. Even if the federal government accepted the offer as assumed, it has to follow due process particularly legislative actions to become effective. Obviously, the Nigerian workers deserve improved package far above the existing N18,000 benchmark. Whilst the heat was temporarily put under control, the Academic Staff Union of Universities (ASUU) grounded academic activities by going on strike. All clamouring for one thing: workers welfare.

Unarguably, albeit the proposed increment is justifiable, it goes beyond the justifiability but essentially the sustainability of the demands. The reason is simple. A lot of state governments still struggle to pay their workforce on the existing rate as at when due. The looming danger if adequate measure is not put in place is that downsizing of workforce is imminent. In other words, as the negotiations continue between the government, organised labour and private sector alongside ASUU, the resources for implementing the new wage structure should also extensively be given a premium consideration.

Regrettably, the labour unions in the country over the years have remained visibly weak and self-centered when it comes to general issues. Labour unions are never bothered about odd developments in the polity as their counterparts from other nations do. For example, each of the 109 senators in the senate merrily cruises home with outrageous N13.5million monthly running-cost separate from salaries and phantom constituency projects annually budgeted at N200 million that are never accounted for since 1999. Ditto at the House of Representatives with 360 members. Yet, the labour unions remained tight-lipped and unperturbed but continually clamour for commensurable welfare packages.

It is expected that by the acclaimed comradeship amongst labour unions, the first action point would be to fight against sundry aberrations that have been crippling the economy especially the jumbo allowances federal lawmakers allocated to themselves. It cannot be a battle for the executive arm alone. Patriotically, labour unions especially Nigerian Labour Congress (NLC), Trade Union Congress (TUC) and host of others shouldn’t only heat up the polity exclusively for their workers’ welfares but must doggedly fight for the nation knowing that the executive may not utterly checkmate excesses in the legislative arm without fracas.

No doubt, workers have always been victims of ‘robbing Peter to pay Paul’ in the system, and welfare is a desideratum. However, it is one thing to compellingly make demands and another to sustainably implement them accordingly. It therefore amounts to naivety for the organised labour to be determined over increment without first joining hands to recover wastes and leakages to fund the new regimen. Until something remarkable is done to the bicameral legislature that Nigeria hurriedly copied from developed nations, wastages will continue at the detriment of economic progression and workers welfare. As a matter of fact, Nigeria at the moment has nothing to do with two arms in the legislature.

If the outrageous allowances lawmakers self-interestedly allotted to themselves could be reviewed and properly channelled to the appropriate quarters, the government without a doubt can comfortably take care of its workforce even with a better package than the proposed minimum wage being clamoured for. The bogus monthly allocations to the National Assembly can go a long way in boosting allocations to state governments to meet up with whatever proposed increments. Otherwise, the labour unions may endlessly be signing agreements or remain on queues for mass actions over improved workers’ welfares.

The legislative arm has for years unquestionably become a major drain pipe to the economy and therefore needs collaborative actions to overcome. This accounts for the overzealousness of lawmakers making the chamber their permanent abode. Some have taken the National Assembly as their birthright thereby depriving the younger generation opportunity to participate and make meaningful contributions to governance. Yet, they ostentatiously considered and passed the ‘Not too young to run’ bill.

Obviously, labour unions should sit up, be patriotic and resourceful in the Nigerian project. To always turn deaf ears to abnormalities in the society at large but only strong, resolutely determined to fight for its members’ welfare is the height of egocentrism. As action groups, labour unions can competently fight for the welfare of the entire society knowing that good policies affect and improve the standard of living of all citizens; workers inclusive. In other societies, labour unions remarkably serve as the voice of the voiceless. Hence, let organised labour for once show concern in general issues in the society.

Towards an Enhanced, Secure Maritime Environment

editor - September 30, 2020 3:23 am
3
There is hardly any country in which nation-building is a finished business. To build a nation its people under a leadership with a sense of...

Towards an Enhanced, Secure Maritime Environment 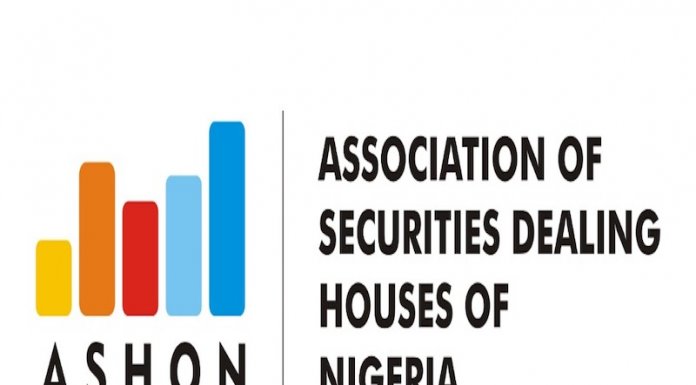 Beyond APC’s Defeat in Edo