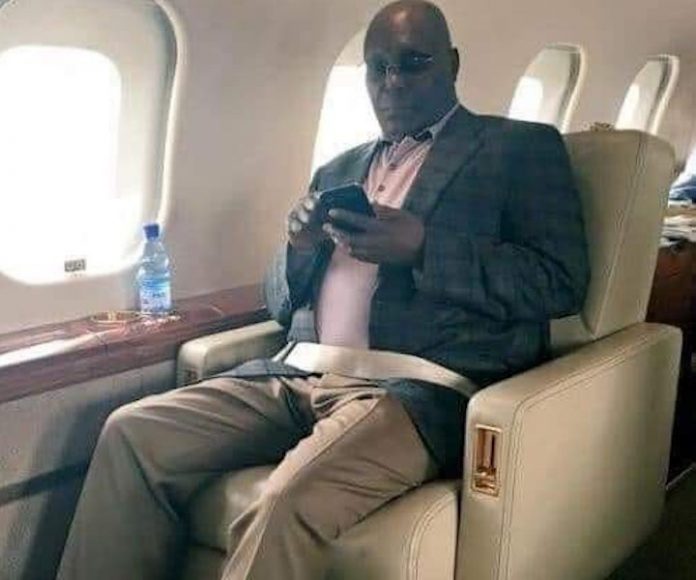 * Says search aimed at intimidating him
By Adedayo Akinwale in Abuja
The Presidential candidate of the Peoples Democratic Party (PDP), Alhaji Atiku Abubakar, said he was searched on arrival in the country on Sunday by security agents, addiing that it was aimed at intimidating him and his staff.
Atiku,  a former vice president, travelled to Dubai on holiday immediately after he won the PDP ticket. The main opposition party’s flagbearer held several  meetings in the middle-east country, including  a strategy meeting which had in attendance, Mr. Peter Obi, his running mate; Senate President, Bukola Saraki; the party’s National Chairman, Prince Uche Secondus; former Governor of Ogun state, Otuba Gbenga Daniel; Senator Ben Murray-Bruce, among others.
He arrived  Abuja at about 1am on Sunday and was said to have been accosted by security agents comprising Police, Customs and Immigration officers who conducted a search on him and his aircraft, but nothing incriminating was found.
Confirming the incident in a tweet on his verified tweeter handle @Atiku, the PDP candidate said, “I arrived to Abuja this morning to a search by agents of the state, aimed at intimidating me and my staff.”
“I am committed to building a Nigeria where no citizen is intimidated by agents of state who are paid to protect them.”
Condemning the search,  senator representing Bayelsa East constituency at the National Assembly, Ben Murray-Bruce, described it as a  ‘reckless harassment’.
Bruce who tweeted on  his verified Twitter handle @benmurraybruce, said, “I totally condemn this reckless harassment of @atiku the candidate of the @OfficialPDPNig as he landed in Abuja.
“Nigeria is not a fascist state. We will not return to a jackboot dictatorship. This government should face Atiku at the polls, not with force.”
The security agencies have yet to react to the claim by the PDP candidate.