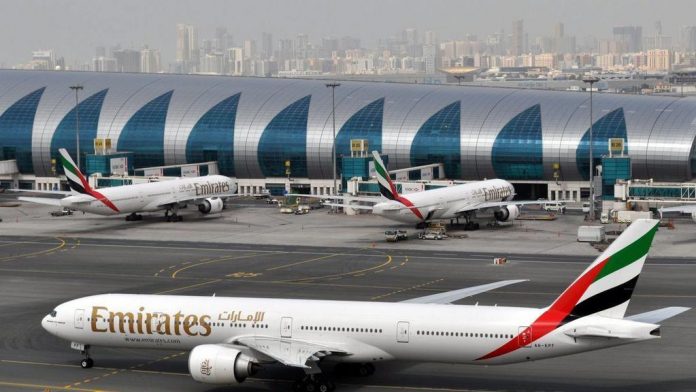 The Nigerian aviation sector is still grappling with the effect of the 2015/2016 economic recession as only two foreign airlines – Emirates and British Airways currently have first class cabins in Nigeria.

The two Nigeria’s high-capacity airlines were choice airlines for Nigerian elite, who drained government coffers with their lavish spending.

But these politicians who hitherto enjoyed luxury air travel are currently having their first class wings trimmed owing to the current economic situation and anti-corruption stance of the present administration.

Owing to poor patronage, the demand for First-Class tickets had dropped, prompting the airlines to reduce their first class seats.

Bookings on first class cabins fell sharply during the 2008 financial crisis. However, demand is slowly picking up and most carriers are gradually revamping their first class cabins, according to a recent report by Financial Derivatives Company (FDC).

In the October edition of its monthly economic review presented at the Lagos Business School (LBS), the FDC noted that Singapore Airlines is offering first class suites (instead of 12 on older planes), Lufthansa has reduced first class seats on its 777 aircraft to 4 (from 8).

The Managing Director of FDC, Bismark Rewane, in the presentation, noted that low demand for First-Class travel tickets by the Nigerian political class was due to the anti-corruption war of present Muhammadu Buhari administration and less money in circulation due to the lingering impact of 2015/2016 recession.

Prior to the recession, British Airways was making the highest earnings from the Nigerian air transport market as it remained the premium airline, making its highest revenue from its first class cabin particularly in its Lagos and Abuja operations.

With about 70 first class and business class seats, British Airways was making in one flight what airline like Ethiopian Airlines was making in two flights to Nigeria.

The economic recession had resulted in the drop in 2017 passenger traffic as international airlines were cutting down frequencies into Nigeria as a result of the economic downturn and the high exchange rate.

Top carriers including Air France, British Airways, Emirates and Virgin Atlantic were adversely affected by currency restrictions introduced in the wake of the economic crisis.

Rewane also noted in the presentation that premium-class passengers accounted for 5.2% of total O-D traffic between Jan-July.

In the domestic arena, he noted that Air Peace “is currently overstretched in operations”, affecting its on-time performance, while Arik is rationalising its infrastructure and operations

Bristow now has two aircraft in operation leading to scheduling issues and reduction of its flights to two per day. He put passenger growth rate in Nigeria at 5.19%.

In his year end outlook, he predicted that headline inflation will inch up to 11.35%, while the Monetary Policy Committee will increase interest rates by 50bps to 14.5%.

Similarly, he said GDP growth for the third quarter will rise to 2.0% on stronger oil production, which is currently put at 1.8mbpd.

Rewane also said the external reserves will fall below $40bn in November, while the stock market will decline further 4%-5%.

Senate to Honour Osinowo on Wednesday

Senate to Honour Osinowo on Wednesday