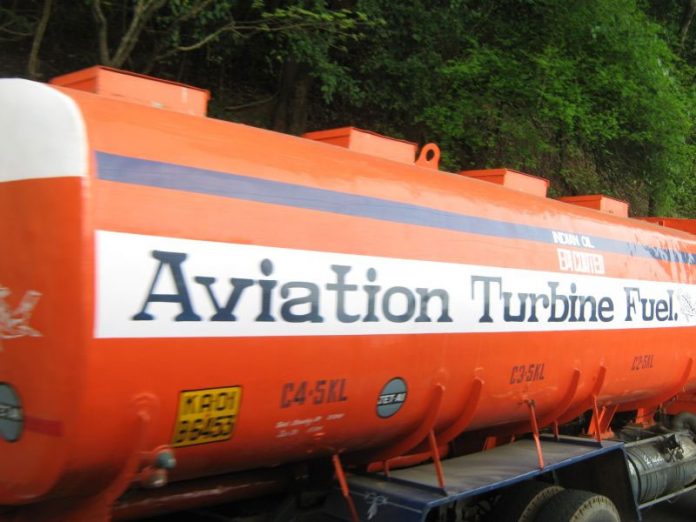 Airline operators have attributed the high cost of air fares to outrageous cost of aviation fuel because of the importation of the product.

They also said the product, which takes at least 40 per cent of operation cost, would have been selling for less than its present price if there is efficient distribution through pipelines and hydrants at the airports.

Since this year purchase and travel cost of air tickets hovers around N36,000, which is equivalent to $100 for one-hour flight, which could rise as high N45,000 during peak periods.

THISDAY learnt that movement of aviation fuel from the depots in Apapa to the Murtala Muhammed International Airport (MMIA), Lagos adds to the landing cost per litre of the product. But this additional cost would not exist if the product is piped from Mosimi Depot to the airport and distributed at the apron through hydrants.

The operators alleged that the additional cost is applied arbitrarily by each marketer, as marketers charge over N10 per litre, others charge N15 per litre while others charge less.

Considering the high volume of fuel that is consumed daily by airlines, they noted that this adds hugely to the total cost of operations, hence the cost is passed to passengers.

The Chief Operating Officer of Dana Air, Obi Mbanuzuo and the CEO of Aero Contractors, Capt Ado Sanusi, agreed that air fares would cost less if aviation fuel is sourced locally and distributed effectively by the marketers.
Sanusi, said beside the additional cost of tankering the product from Apapa, there are inherent hazards that are totally avoidable if the product is distributed through pipelines and hydrants.

He noted that part of flight delays are caused by the delay in the supply of the product, noting that conveying aviation fuel from Apapa is characterised by traffic gridlocks, precarious challenges like accidents and when the products is brought to the airport there is additional delay to allow possible particles in the fuel to settle at the bottom of the tanker before the aircraft is fuelled.

The operators projected that if aviation fuel is refined locally it would drive down its cost by about 28 per cent, which is the cost of importation, demurrage and logistics.

The price of aviation fuel presently ranges from N220 to N280 per litre, depending on the part of the country; the operators said that if the product is sourced locally it would not cost more than N160 per litre.

Sanusi recalled that few years ago, operations of Arik Air alone was demanding about 370, 000 of fuel daily because the airline was lifting about 80,000 litres of fuel for New York flight, 60, 000 litres for Lagos-London and 20,000 for Lagos-Johannesburg.

The average aircraft that operates the domestic routes is Boeing B737 classic or New Generation operated by Arik Air and these take about 4000 per flight, bringing the total fuel consumed daily on domestic flight alone to 760, 000 litres.

The operators said this is huge cost to their operations, noting that the solution to the high cost of air fares is cheaper cost of aviation fuel “and this can only be possible if we begin to produce fuel locally.”