Over 850,000 small holder farmers have been integrated into the mainstream financial system through the Anchor Borrowers’ Programme (ABP), the Governor of Central Bank of Nigeria (CBN), Mr. Godwin Emefiele, has said.

The apex bank governor, in a speech delivered at Enhancing Financial Innovation & Access (EFInA) 10th year anniversary in Lagos yesterday, with the theme, “The Business Case for Financial Inclusion,” said this was in line with the central bank’s financial inclusion strategy.

According to him, the capital requirement for unit microfinance banks (MFBs) have been increased to N100 million, State MFBs, N1 billion and National MFBs N5 billion respectively.

This, he said was with a view to positioning them to deliver sustainable micro finance services.

“We will also reinforce our supervision and regulation of financial institutions to ensure delivery of affordable and sustainable services to Nigerians. I want to reassure you that we will leave no stone unturned in ensuring a credible, reliable and effective payments system as well as a stable and sound financial system, in view of their strategic significance for financial inclusion. “We are poised as a bank to ensure that we reach the target of 20 per cent exclusion rate by 2020. This will be supported by massive agent roll out under the Shared Agent Network Expansion Facility, implementation of the approved national identity management framework as well as the micro-insurance and micro-pension services, collective investment schemes and extensive collaborative programmes with government and development partners, amongst others,” he added.

He reiterated that much needed to be done, if the nation would achieve its target of 20 per cent exclusion rate by 2020.

In a related development, Emefiele yesterday disclosed plan to conduct a maiden remittances household survey as well as establish a remittances legal and regulatory framework for the country.

Citing statistics from the World Bank, he noted that global remittances had risen gradually over the years to about $613 billion in 2017- with Africa accounting for $72 billion, out of which Nigeria has the lion share as well as ranked among the top five globally.

Emefiele said remittances statistics in the country, gathered from both banking records and staff estimates of informal inflows had proved to be inadequate, explaining that a large chunk of migrants’ remittances pass through informal channels, therefore, unrecorded.

However, he said the survey and regulatory framework being sought would ultimately support improvement in the country’s remittances transactions and boost the quality of data as currently captured in its balance of payments.

Speaking at the opening of a workshop on remittances household surveys which was jointly organised by the CBN and the African Institute for Remittances, Emefiele said: “Nigeria is yet to conduct a household based remittances survey to provide scientific estimates of these inflows.

“In addition, data from banking records also come with some discrepancies due to classification challenges on the part of the reporting institutions.”

According to him, remittances inflows contributes substantially to foreign exchange earnings of developing countries including Nigeria- and exceeds international aids and grants in some cases.

He noted that global remittances had risen gradually over the years to about $613 billion in 2017- with Africa accounting for $72 billion, out of which Nigeria has the lion share as well as ranked among the top five globally.

Represented by the Director, Statistics Department, CBN, Dr. Mohammed Tumala, the central bank boss further stated that the purpose of the meeting was to bring together, officials of the Africa Union (AU) member states to brainstorm and share experiences on how to enhance remittances statistics through the conduct of remittances household surveys.

He added that the country had in recent years taken measures targeted at attracting remittances inflows and contribute to its economic development.

These, according to him included the appointment of a Special Adviser to the President on foreign affairs and diaspora matters and the establishment of the standing committee on diaspora by the legislature.

Other measures included the floating of a $300 million diaspora bond by government and the introduction of electronic Certificate of Capital Importation to Nigerians in the diaspora as well as becoming a member of the International Association of Money Transfer Networks. 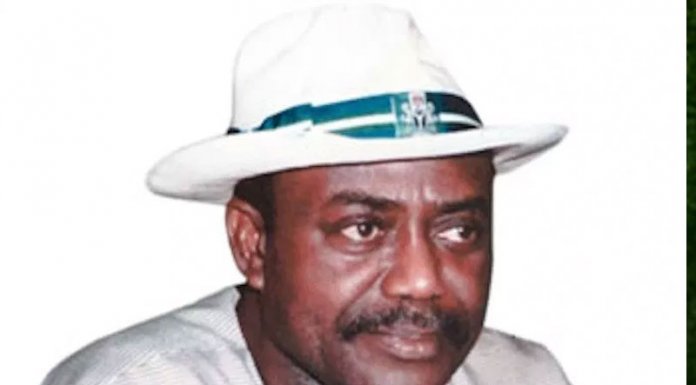