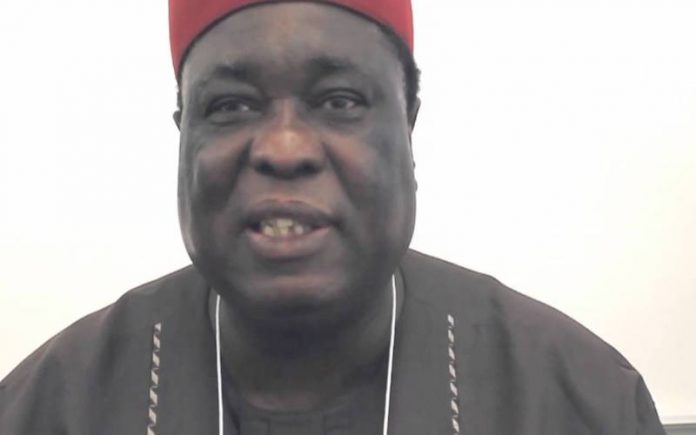 The umbrella body of Igbo organisations in over 35 countries and the representatives of Ohanaeze Ndiigbo in Diaspora, Igbo World Assembly (IWA) has insisted that it would only support a candidate who believes and would implement the restructuring agenda, regionalisation and devolution of powers, among others.

In a world press conference jointly addressed by its Chairman, Nwachukwu Anakwenze and Secretary General, Oliver Nwankwor, at the weekend, the group noted that candidates for political positions must be “committed to core beliefs and principles, including respect for constitution and rule of law, respect for human rights and civil rights, respect for the federal character commission rules, merit-based appointment to government positions, firm knowledge and competent management of Nigeria’s economy, detribalised appointments and leadership in all sectors of the government”.

Other core principles potential political leaders must meet, according to IWA, will also include equal and equitable treatment of all Nigerians regardless of tribes of origins or religion, elimination of ethnic cleansing in the Nigerian political space, belief in free and fair electoral process and avoidance of election rigging and belief in a government that will unite all Nigerians and not one that is divisive.

This is even as the Diaspora Igbo group expressed satisfaction over the nomination of the presidential aspirants and the Vice Presidents of the two major political parties, the All Peoples Congress (APC), led by President Muhammadu Buhari and Vice President Yemi Osinbajo and the Peoples Democratic Party (PDP) led by Atiku Abubakar and Peter Obi.

“We want a Nigeria where the majority’s right is balanced with the minority’s right. We want a Nigeria where various ethnic groups feel that they have a stake in the future of the country.
Meanwhile, IWA leaders from the 35-member countries after deliberations on the global teleconference (Skype) meeting on October 14, had unanimously commended Atiku for his decision to nominate Obi as his vice presidential candidate.

The group while pleading with the South-east leaders in the PDP to rally around the choice of Obi in accordance with the desire of the majority of the country adding that said that the decision and choice by Abubakar has elevated the political scene for 2019 presidential election and presents new hope for Nigeria as a country.

The choice of Obi, according to IWA, has generated widespread acceptance by many Nigerians, particularly among the youths.

“IWA considers the opinions of the youths to be vital because the youths constitute the largest majority of the Nigerian population and must be factored into the political future of the country.

“Investigation by IWA Security Institute, revealed that over the years, Obi, as a political and business leader has been mobilising, reintegrating, re-educating and re-orienting the youths on several conference and summit presentations in and around the globe. Obi has also been engaged with the political and business leaders within and outside Nigeria”, the group said.

Obi’s exemplary governance of Anambra State in his 8-year term in office, IWA, noted changed the face of the state.

“He is tested and a rare breed. His remarkable achievements in Anambra State remain visible and audible, the discipline, accountability, responsibility, transparency and rule of law will reflect positively on the presidency of Abubakar, if elected.

“Obi is known for fostering enabling environment for education, entertainment and vocational trades and infrastructural constructions as the next best avenues for growth and opportunities.

“Godfatherism stopped at Obi’s desk. Their combination will end godfatherism and encourage meritocracy.

“Obi was and still the only ex-governor that is very well respected and regarded not only in the South-east but in other clime as a politician with integrity. For sure, the only governor that is not in the radar of the EFCC”