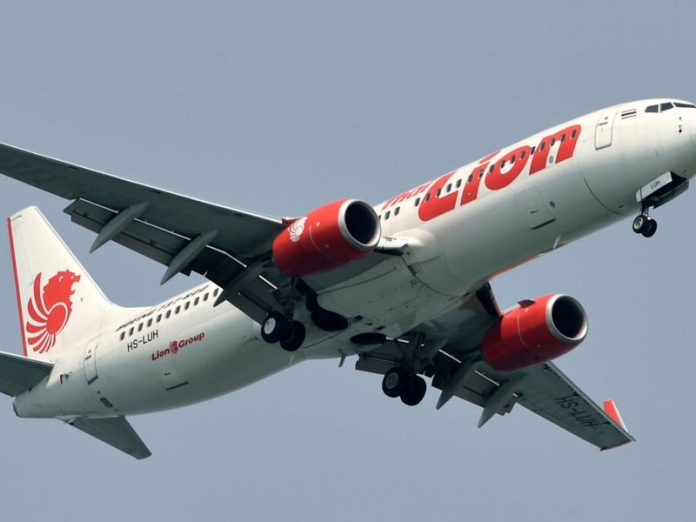 The world was shocked on Monday, October 29, 2018, when an Indonesia-based airline, Lion Air Flight 610 dropped into the sea with 189 lives on-board shortly after take-off. Part of the shock stems from the fact that the aircraft involved was barely two months old. Chinedu Eze examines factors that could have led to the tragic crash

Aircraft manufacturers, lessors, aeronautical engineers and other aviation experts are still in shock over the crash of Flight 610 operated by Lion Air, an Indonesia based carrier.

According to reports, the scheduled domestic flight took off from Soekarno-Hatta International Airport in Jakarta to Depati Amir Airport in Pangkai Pinang and crashed 13 minutes after take-off.

The flight was operated by Boeing B737 MAX8, the latest and most advanced aircraft from that category being manufactured by Boeing.

The wreckage of the aircraft was found in Java Sea, off the coast of Java. Indications showed that all 189 passengers and crew were dead.

The Boeing 737 MAX 8, had as registration PK-LQP, manufacturer’s serial number 43000, powered by two CFM International LEAP engines. It had been delivered brand new to Lion Air on 13 August 2018 and flown to Indonesia two months before the accident. At the time of the accident, the aircraft had flown about 800 hours in service.

This was the first accident involving a 737 MAX since the type’s entry into service on 22 May 2017.

Details of the crash were that the aircraft took off from Jakarta on 29 October 2018 at 6:20AM local time (28 October 2018, 23:20 UTC) and was scheduled to arrive at Depati Amir Airport in Pangkal Pinang at 7:20 a.m. It took off in a westward direction before circling around to a north-easterly heading, which it held until crashing offshore at about 6:33AM northeast of Jakarta in waters estimated to be up to 35 metres (115 ft) deep.

According to an official at Pangkal Pinang’s search and rescue office, the flight crew had requested clearance to return to the Jakarta airport 19km into the flight.

The accident site was located 34 nautical miles (63 km) off the coast of the Karawang Regency on the island of Java.

The accident is described as the deadliest involving a Boeing 737, surpassing Air India Express Flight 812, and the second-deadliest in Indonesia, behind Garuda Indonesia Flight 152.

Reports also indicated that search and rescue operation was deployed by the Indonesian National Search and Rescue Agency (Basarnas), with assistance from the Indonesian Air Force Basarnas dispatched about 150 people in boats and helicopters to the site of the accident. Civilian vessels also responded to the reports of a downed aircraft, and the crew of a tugboat reported to authorities in Tanjung Priok that they had witnessed an aircraft crash at 6:45 a.m. and located debris in the water at 7:15 a.m. Debris believed to be from the aircraft was found near an offshore production platform near the accident site.

A spokesperson for the agency confirmed to reporters that the aircraft had crashed, though as of about 9:00 a.m. a Tanjung Priok official said that no information had emerged about the condition of the people on board. Head of Basarnas, Muhammad Syaugi later confirmed that there had been casualties, without specifying a number.

The chief executive officer of Lion Air, Edward Sirait, said the same aircraft had reported a “technical issue” on Sunday night, but had been cleared to fly on Monday.

He said he would not ground the nine other MAX 8 aircraft in Lion Air’s fleet. On 30 October, however, Indonesia’s Transportation Ministry ordered all of the country’s airlines to conduct emergency inspections on their Boeing 737 MAX 8 aircraft. The ministry would also launch a special audit on Lion Air to see if there were problems with its management system.

By the end of 29 October, authorities said that all on board were presumed dead and that the first human remains had been recovered.

Divers had located fragments of the aircraft’s fuselage and assorted debris, but had yet to find the onboard flight recorders.

By 30 October, six body bags had been used to recover human remains.

Former Director of Engineering, Medview Airline, Lukeman Animaseun, told THISDAY that any aircraft, whether new or old could be involved in a crash, noting that an aircraft is as good as its maintenance status.

“An aircraft is as good as its maintenance whether it is old or not,” Animaseun said.

He observed that insurance always emphasised on the age of the aircraft but noted that if there is any weak link in the chain of the aircraft it would be involved in accident.

“One cannot conclude on what happened to the flight, unless investigation report on the crash is out. But I do not agree with those who argue that maybe something is wrong with the aircraft type because the integrity of the aircraft has been tested and cannot be questioned. The B737 MAX is an improvement on B737 Classic. So I don’t expect that the aircraft should crash based on that argument,” he said.

Animaseun said rather than argue about the aircraft type being responsible for the crash, experts should focus on the pilot, his experience and what might have happened before the crash.

“We should look at the maturity and experience of the pilot and possible pilot error or human error, which is what I am suspecting. They dismissed sabotage. So I suspect pilot error.

“He might not be inexperienced pilot on that aircraft type. Perhaps he might have failed to pull the aircraft from a possible low level wind shear. Pilots should concentrate on the angle of attack when taking off in a wind shear.

“The maximum the aircraft can nose up under that circumstance is 15 degrees, while pulling it up when it enters wind shear. Beyond that, anything can happen to the airplane. So it could be human error but not because of the aircraft type,” Animaseun explained.

Also the Head of Engineering at Air Peace, Prince Ihemeredu, spoke in the same vein, saying something might be wrong with the aircraft type. He said he was shocked by the report of the crash. According to him, B737 aircraft is good equipment.

“For now I cannot say what the problem that led to the crash was. I don’t know the experience of the pilot; so one will not rule out inexperience of the captain of the flight. An incident might have developed but he was unable to handle it.

“I don’t believe what happened has to do with the equipment. So I would want to look at the causal factors as the experience of the pilot on the B737 MAX. I don’t know the snag that developed that he could not handle, but the black box when recovered would tell us.

“To me, nobody can rule out terrorism in that part of the world. Then the development of snags he could not manage due to inexperience,” Ihemeredu postulated.

According to reports, a lot of attention has focused on the fact the plane, a Boeing 737 MAX 8, was brand new and this is the first major incident involving that kind of plane.

Experts note that plane crashes are often the result of a combination of factors – both technical and human – but could the fact that the plane was so new have played any part?

It had logged only 800 hours of flight time, according to the Indonesian head of the National Transportation Safety Commission, Soerjanto Tjahjano. The pilot is reported to have radioed air traffic control in Jakarta asking for permission to turn back, shortly after the takeoff.

According to online reports, it emerged that the plane had some technical problems on Sunday on its penultimate flight, as a technical log obtained by the BBC for that flight – from Denpasar airport in Bali to Jakarta – suggested that the airspeed reading on the captain’s instrument was unreliable, and the altitude readings differed on the captain’s and first officer’s instruments.

As a result of the problem, the captain handed over control of the plane to the first officer, the crew continued their flight and they landed safely at Jakarta.

“Lion Air have not confirmed the report, but this may have been the unspecified ‘technical problem’ that the company’s chief executive said the plane’s Denpasar to Jakarta flight had suffered from,” BBC reported.

But the airline said that this problem had been “resolved according to procedure”. Lion Air was currently operating 11 aircraft of the same model and there were no plans to ground the rest of the planes.

However, Boeing said in a statement Monday that it “stands ready to provide technical assistance to the accident investigation” while the U.S. National Transportation Safety Board and the Federal Aviation Administration (FAA) are both sending investigators to Indonesia.

The Boeing B737 MAX8 is the latest offering the US based aircraft manufacturers has offered in that range of aircraft type. Many airlines all over the world have lined up in firm aircraft order, while others have received their order, like the Indonesian Lion Air.

There are recent orders made by airlines and other buyers for the Boeing 737 MAX family of aircraft, which is currently being produced by Boeing Commercial Airplanes, a division of the Boeing Company.

On November 17, 2011, Boeing released the names of two other customers in addition to American Airlines that ordered for the aircraft and these include Lion Air and Aviation Capital Group. At that time, Boeing reported 700 commitments from nine customers for the 737 MAX. Then on December 13, 2011, Southwest Airlines announced they would be the launch customer for the 737 MAX with a firm order of 150 aircraft and 150 options.