The Federal High Court in Katsina State Monday remanded one Peter Ethan, a passport officer with the Nigeria Immigration Service (NIS), and two others in prison custody till November 13, 2018 over alleged attempt to procure Nigerian passport with false document.

Other two accused persons are Okoro Michael and Okoro Jennifer.

The trio were arraigned before Justice Hadiza Shagari on a three-count charge which borders on alleged presentation of false document to procure the Nigerian passport for Michael.

The suspects, after listening to the three-count charge levelled against them pleaded not guilty.

The counsel to the first and second accused persons, Sunny Elias, told the court that his clients were not served the charge sheet on time, the allegation which the prosecution counsel, Collins Obilor objected to.

The presiding judge however assured Elias that she would give him enough time to formally file the bail application and serve other parties concerned.

She therefore fixed November 13, 2018 for hearing of the bail application while she discarded the administrative bail hitherto enjoyed by the accused persons. 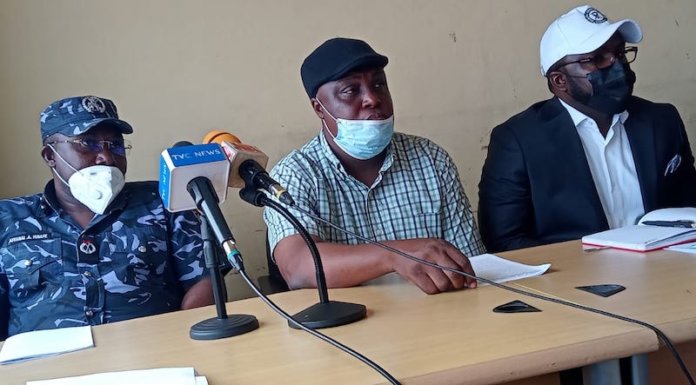