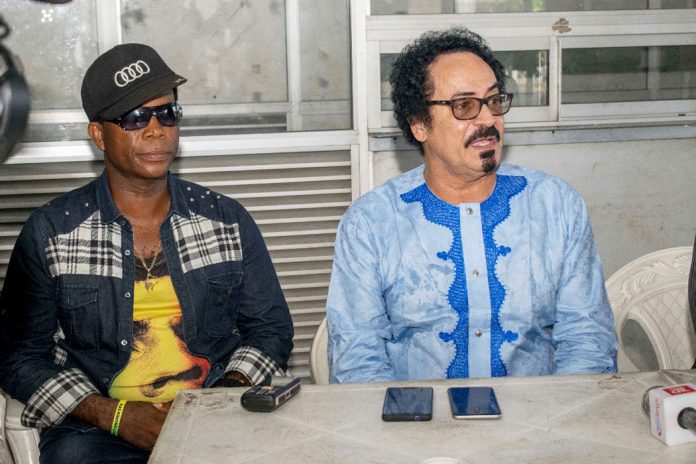 The NEC election held at the newly acquired PMAN office inside the National Theatre complex, Iganmu, Lagos, in line with PMAN’s constitution, had present delegates from all the states chapters as well as principal officers of the union and veteran world acclaimed musician, Tee Mac alongside Baba Fryo among other top artistes that witnessed the change of baton that ushered in Voombastic Uncle P.

The new president was former National Treasurer of the union. “I have one Agenda, that is to restore the lost glory of PMAN and ensure that music MUST now begin to pay artistes,” Uncle P said in his inaugural speech.

He has begun moves to work closely with the Nigeria Copyright Commission (NCC) and Copyright Society of Nigeria (COSON), this according to him, is to ensure that artistes, members of the union enjoy the fruit of their labour. “As the PMAN backed by judgment of the National Industrial Court, Trade Union under the Ministry of Labour, we have begun moves with all agencies saddled with the administration of copyright. We have also started talking to corporate Nigeria to begin to patronise local artistes more in terms of shows and endorsements.

These are ways the artiste can feed from his music.”

Tee Mac on his part pledged his total support for the new president and called on him to move the union forward. He called on all Nigerian artistes to support Uncle P even as he said music has the potential to replace crude oil as Nigeria’s biggest export.

He said: “That is why we must all rally round Uncle P to take PMAN to its once enviable heights. I have known Uncle P for years now, he is loyal and hardworking and I believe in his capability to manage PMAN very well.”