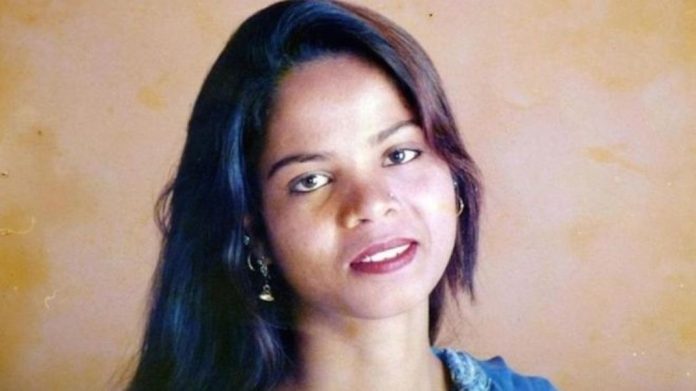 The lawyer who represented a Christian woman in Pakistan, Asia Bibi, recently acquitted of blasphemy, has fled the country to Europe.

Saif Mulook who is still Bibi’s lawyer said he had to flee for his life so that he could continue to represent the woman.

Bibi was sentenced to death eight years ago after being accused of blasphemy by her neighbor whom she got into an argument with.

However, in a landmark ruling by the Supreme Court in Pakintan, Bibi was acquitted and freed to go back to her family, a decision which many Pakistani hardline Muslims had continued to protest.

It is still unclear if Bibi had left Pakinstan but many countries have offered her asylum even as violent protest continue to rage as many demand that she must be executed.

The protests had forced state officials to agree to bar Bibi from leaving Pakistan in a bid to end the protests.

Campaigners described the deal by the state as akin to signing her “death warrant”.

Asia Bibi was convicted in 2010 of insulting the Prophet Muhammad during a row with neighbours, and many are calling for the reinstatement of the death penalty following her acquittal.

Mr Mulook had earlier said that she would need to move to a Western country for her own safety. A number of attempts have previously been made on her life.

Pakistani Information Minister Fawad Chaudhry defended the government against allegations that a deal reached with an Islamist party was capitulating to extremists.

He said the government would “take all steps necessary” to ensure Asia Bibi’s safety.

“They cannot even implement an order of the country’s highest court,” he told AFP before he boarded the plane to Europe.

Mr Mulook said he had decided to leave as it was “not possible” to continue living in Pakistan, adding: “I need to stay alive as I still have to fight the legal battle for Asia Bibi.”

Other Components of the Deal

• All protesters arrested since Asia Bibi’s acquittal will be released, and any violence towards them will be investigated.

• The government will also start legal proceedings to put Ms Bibi on a list which would ban her from leaving Pakistan.

• In return, the TLP is asking its supporters to stop the protests and disperse peacefully.

Asia Bibi is supposed to be released this week according to Pakistani authorities. NAN