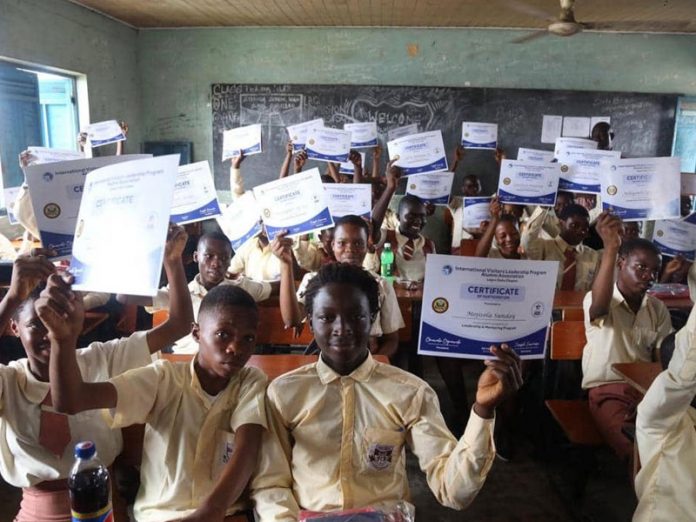 For the International Visitor Leadership Program (IVLP) Alumni Association, the need to nurture budding youths on acquiring leadership skills has been a burning passion. Staunch believers in catching them young, they recently mentored about 200 school students on various leadership programmes in preparation for the future.

Support from US Consulate
Speaking at the event, the Public Affairs Officer of the United States Consulate General, Mr. Russell Brooks, said, “I totally agree that the way to help Nigeria deal with the number of problems is to reach out to young people and encourage them and think of what they can do to improve their society.
“Young people have the imagination. they have the spirit. they have the confidence, ambition, they have that thing that’s determined the impossible to solve.

“Hence, the US Consulate is supporting the activities of IVLP alumni to mentor children at this age to encourage a sense of community service and prepare them for the future. We try to encourage the children to develop their own plan to what they want to accomplish in life. We are not going to determine that for them, but set a path for them.”

Speaking also at the graduation ceremony, the Interim President of the IVLP Alumni Association, Omowale Ogunrinde, noted that although the programme ended in July, the IVLP took the children on various other programmes.

She said: “The mentoring and the monitoring have to continue until they are able to stand on their own.” According to her, one of the programmes they had with the children was taking them to the US Consulate two weeks ago to participate in the programme, ‘The International Day of the Girl Child’.

Ogunrinde, who expressed joy after several of the beneficiaries shared their experiences on how the programme has reshaped them, said: “The project was a recorded success. The impact is already visible.”

She listed some of the new lifestyles injected into the children as: discipline, improved study habits; defined vision and career plans and most importantly exemplary attitudinal change, which will make their colleagues respect them. She said some of the participants were also trained in Coding and Robotics.

Mentors
One of the mentors, Johnson Chijioke Nwaeze, also an IVLP alumnus, said: “As an alumnus, the whole essence of the programme has always been after attending the programme in the US, you have to give back to the society. This was an opportunity given to us by the US government. And in continuation of that, we arranged for this intensive leadership programme for two public schools in Lagos.”

He continued that as mentors, they gathered together and taught the students a lot of mentorship programmes in choosing their careers, what to be in future, why they want to be what they are today.

“We shall continue next year with another school. It is an annual programme. Since they are youths, they need to be focused now. We have created an opportunity for them. Having that interaction, they now know what a role model is like. Most of them want to be engineers, pilots, attend schools in the US, but don’t know how to go about it. So, we taught them what and how to go about it”.

One of the beneficiaries, 14-year-old Chijioke Ebuka, could not hide his joy. He said: “The programme was interesting. I learnt so much, how to choose friends, who to hang out with and that I need friends that will help my future.”

Another 14-year-old, Abumerem Emmanuel, a Senior Secondary School 2 student told THISDAY, “I benefited a lot. The programme helped me in the academic lines, I also learnt to be focused, the type of friends to keep, the advantages of a situation, the options and the solution to the equation.”

At the end, the beneficiaries were given mini bags and writing materials. The ceremony was cemented with a certificate to further encourage them to achieve their potentials in life.

Meanwhile, reacting the training and certification for the beneficiaries, the principal of the school, Olutoyin Ajala, lauded the organisers and hoped they would come again. “There were over 100 of them that learnt. There was counselling sessions for them and already I can see it in them. Thus, I will recommend other schools to be part of this programme.”

Already, as an annual programme, the association is getting ready for the next training for newly selected schools in another part of Lagos State. According to them, the selection will begin next January, adding that the selection would be rotational and is ongoing already.

About the IVLP
Each year, about 5,000 international visitors worldwide travel to the United States of America for the IVLP. Already, more than 200,000 international visitors have engaged with Americans through the IVLP, including more than 500 current or former Chiefs of State or Heads of Government. There is no application for IVLP. Participants are nominated and selected annually by the staff at U.S. Embassies around the world. And they return to the country to give back.

The IVLP is the U.S. Department of State’s premier professional exchange programme. Through short-term visits to the US, current and emerging foreign leaders in a variety of fields experience the country firsthand and cultivate lasting relationships with their American counterparts. 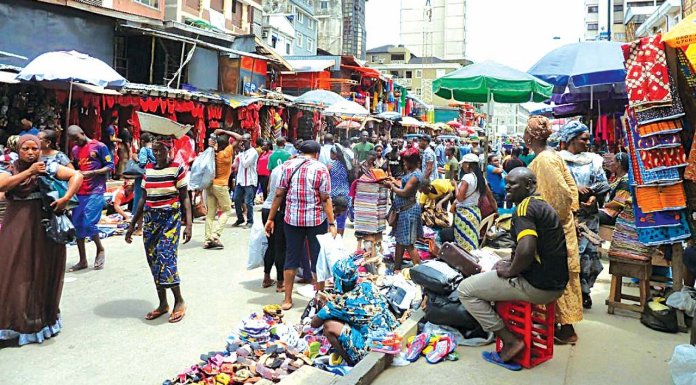