The Presidential Candidate of the Allied Congress Party of Nigeria (ACPN), Mrs. Obiageli Ezekwesili has urged Nigerians to break away from an insane cycle of repeating the same thing, and expecting a different result.

Insisting that the country deserves improved governance, she stated that the nation, “was not a recycling plant for uninspiring old men with their old ideas and old dubious characters. We deserve better than their aggressive mediocrity. And that is why I am running for president – to lead a people’s movement that will permanently terminate bad leadership, retire these incompetents and fight for every Nigerian.”

Speaking in Lagos on Monday at a World Press Conference themed, ‘To Those Who Say We Can Not Win’, the former Minister of Education and Vice President of the World Bank said that the current cry for, ‘Anyone But Buhari’ was reminiscent of a similar clamour to oust former President Goodluck Jonathan in 2015. Ezekwesili projected into the future, saying, “By that they mean that we should reinstate the failed People’s Democratic Party (PDP) and its candidate, former Vice President Atiku Abubakar because they think Atiku is the only person that can defeat President Muhammadu Buhari in 2019. And in 2023, when Atiku and the PDP inevitably fail again, because a bad tree cannot bear good fruit, we will hear new chants of ‘Anyone But Atiku.’”

Arguing that the All Progressives Congress (APC) and the PDP, are not two parties, but one single party, the ‘APCPDP’, Ezekwesili made a strange insinuation, while introducing a new name into the Nigerian political vocabulary. The APCPDP, according to her, “is fielding one single candidate, and that candidate’s name is BuTiku. Buhari and Atiku are conjoined from head to toe as BuTiku. There is no lesser evil in BuTiku. BuTiku are members of the same party. These people are the same: Siamese Twins of Failure.”

A visibly charged Ezekwesili denounced the political culture of presenting predictable candidates in every election year, explaining that she decided to enter the presidential race so that Nigerians would not have to choose between two evils. Presenting her track record, she said, “We have in this race a candidate who has excelled in corporate Nigeria, excelled in national government, excelled in private enterprise, excelled in international development, and then dedicated her life to fighting for every Nigerian from Chibok to Jos, from Abia to Ikot Ekpene. A candidate who is one of the very small tribe of Nigerians who have served in government but who have no allegation of corruption against them.

I want to be sure you know that the choice is between, on one hand, BuTiku, a ticket which includes a man who insults your intelligence by asking you to go get his WAEC certificate from the armed forces of which he is the Commander-in-Chief and another man who cannot tell you where he got the start-up capital for his alleged multi-million dollar businesses; and on the other hand a woman whose track record is filled with concrete achievements in education, solid minerals, public procurement and international development; a woman who has been fighting for this country every day of her life for the past 30 years – from being attacked on the streets of Lagos fighting for the June 12, 1993 mandate to taking up the challenge of this government and, at great risk to myself, visiting Sambisa Forest personally to fight for our still missing ChibokGirls.”

The ACPN presidential flag bearer said she understood that the political battle ahead of the 2019 election was going to be tough, but she was putting herself forward for the contest. “That is why, with a heavy but resolute heart, with a deep sense of responsibility, but a clear understanding that I am entering into uncharted waters, I decided that I had no choice, that we have waited too long, and it is time for us to get in and fix this country ourselves. So don’t pretend you have no choice. You do. And it is not one between the devil and the deep blue sea. Attempting to choose between these two is like asking one to choose between death by poison or death by gunshot. God forbid. We cannot reject one oppressor and hand over to another oppressor. We do not love bondage. We do not enjoy suffering.”

Acknowledging that the 2019 presidential election will be her toughest fight yet, Ezekwesili called for support for her party, the ACPN and herself in what she described as the urgent fight for a new Nigeria. “These people are so incompetent that they make issues like infrastructure and human development, agricultural production and productivity, private sector development and economic reforms look like mission impossible. They cannot even speak about Artificial Intelligence and the Internet of Things because they are busy trading and drinking oil. That Nigeria has not moved forward is not because its issues are complicated. It is complicated because these guys have zero capacity. Trust me, this is not a noise making exercise.

I know the work. I don’t just know ‘business’. I know capital. I understand economies. I know nation building. You can trust that when I say that under an Oby Ezekwesili presidency, we will get to work immediately lifting a minimum of 80 million Nigerians out of debilitating poverty. I don’t have issues obtaining visas or traveling to any country in the world -whether it is the United States of America or the United Arab Emirates. I won’t come into office struggling to find my feet on the global stage. You will never hear any world leader call me lifeless or dishonest. I will stand toe to toe, head to head, shoulder to shoulder and side by side with any world leader, anywhere in the world.” 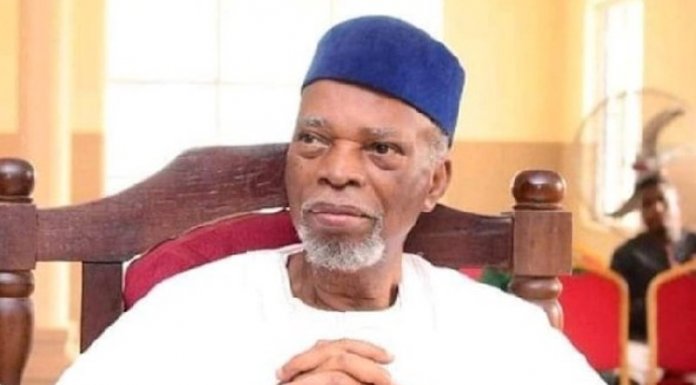