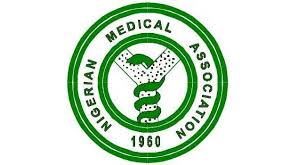 The Nigerian Medical Association (NMA) yesterday asked the federal government to ensure justice in the death of Miss Ochanya Elizabeth Ogbanje, a 13-year-old girl, who was allegedly raped by a father and his son in Gboko, Benue State.

In a statement yesterday, Chairman of NMA’s Adhoc Committee on Gender Violence and other Related Issues, Dr. Godwin Tijani said justice to Ochanya would be justice to millions of women, who were victims of gender violence globally. According to Tijani, the NMA takes the issue of rape as a crime against humanity. The federal government and other stakeholders should do the needful and bring the alleged perpetrators to justice.

He reiterated that there was an urgent need for Nigerians to rise against all forms of gender-based violence, which he claimed, had become prevalent in the country.

He said, “We have received with a deep shock the news of the death of Miss Elizabeth Ochanya Ogbanje, a 13-year-old pupil of Federal Government Girls College (FGGC), Gboko, Benue
State. “We feel more saddened that her death was caused by a medical condition called “Vesicovaginal Fistula” and other related complications that arose from the alleged serial sexual abuses by a father and his son.

“The Nigerian Medical Association totally condemns this heinous act and advise the police and the judiciary to ensure that justice is served on the culprits for all Nigerians to see,” the chairman said.

Tijani, however commended all the women groups and NGOs, who had come out publicly to protest and condemned the act in its entirety, while soliciting for support towards its campaign against gender based violence in the country.

Tijani noted that the Gender violence committee of NMA “is ready to partner with women affairs’ ministry both in federal and state levels, groups, organisations and NGOs to enlighten the public on the danger of rape and any gender violence related issues to reduce the menace.”

He, therefore, called for intensive public enlightenment in schools, social clubs, churches, mosques and the media to demystify the myths about gender violence.

Tijani recalled that Ochanya was allegedly raped serially by one Mr. Andrew Ogboja, 51, a lecturer in the Department of Catering and Hotel Management, Benue State Polytechnic, Ugbokolo, and his son, Victor Inalegwu Ogboja, a final year student at Federal University of Agriculture, Makurdi.

He said that Ochanya later died following a complication from vesicovaginal fistula (VVF) and other health complications at the Benue State University Teaching Hospital, Makurdi.