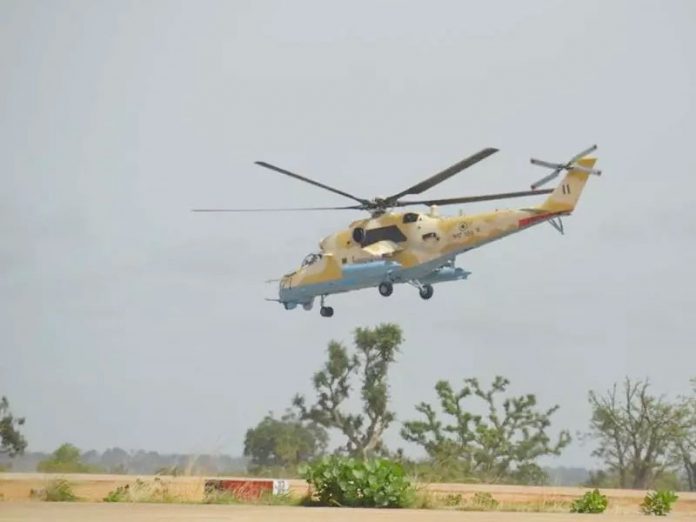 The bombardment affected the ammunition and fuel dump of the terrorists, as it went up in flames even as their operational vehicles were burnt to ashes.

Confirming the development, the spokesman of the Nigerian Air Force, Air Commodore Ibikunlke Daramola, said the operation was conducted at Tumbun Sale in Borno State.

“The operation was conducted after Intelligence, Surveillance and Reconnaissance (ISR) missions revealed the presence of some Boko Haram Terrorist (BHT) vehicles and several fighters camouflaged under thick vegetation within the area, where the BHTs had converged in order to launch attacks against own troops’ positions.

“Subsequent strikes also resulted in the destruction of some vehicles and neutralisation of several terrorists. The few surviving BHTs, that were seen fleeing the area, were mopped-up in follow-on attacks.

“The NAF, working in concert with surface forces, will sustain the tempo of operations with a view to destroying all remnants of the terrorists on the fringes of Lake Chad and other areas in Northern Borno”, he said.