Boniface Chizea argues for a revisit of the entire tariff structure

The Senate since its resumption from its long recess has assumed an unusual activist posture. It is as if the National Assembly, feeling guilty of the accusation that it is delinquent of its responsibilities, is on a mission to make amends and with the possibility of returning some shine to its reputation. And sure the people are deserving of this show of remorse as this eighth Senate has been assailed and its performance stunted due to the problems surrounding it, arising from the contestations regarding the selection of its principal officers to the attempt by political authorities to effect a change to the drama which arose from the attempt to embarrass its principal officers through arraignment before the Code of Conduct Tribunal to the accusation arising from the ownership of properties across the globe to rabid cross carpeting in a manner as to leave one asking the inevitable question regarding what drives political affiliations. And therefore these flurry of activities have since resulted into a number of bills being passed. But as the citizenry was struggling to catch its breath, news filtered out following the Senate session held on Wednesday, October 17, 2018 that the Senate has called on the Central Bank of Nigeria to suspend ATM maintenance charge.

In making this demand the Senate adopted a populist posture as the Senate leader, Senator Bala Ibn Na’ Allah intoned during discussions that, “It would not be out of place to institute a committee that will call on the CBN to tell us what these charges are about; the Senate should abolish charges if they can’t be verified”. It is going to be interesting to gauge the reaction of CBN to this directive emanating from the Senate considering the fact that even though the National Assembly occupies a strategic, central and important position in the affairs of the country as a recognised independent tier of government, the central bank does not report to it. One should have thought that the Senate Committee on banking, insurance and other financial institutions was given a mandate to dialogue with the CBN to voice reservations about this particular charge requesting to be better enlightened. But one will be running away from reality to claim not to have heard about this particular charge being criticised for want of obvious appreciation of what it is all about. But no doubt the central bank that has responsibility for the issuance of the approved tariff must have been sold on the rationale of this charge before it allowed it. My take on this matter without any insider information is that what is the problem here might be the way the charge has been designated. The other fee which one has heard complaints often about is the charge which is imposed if you used third party ATM machines for transactions on more than three occasions in one month. So there is the need to seize this opportunity for a holistic revisit of the tariff structure to ensure that they could be defended as and when they are inevitably challenged.

The inevitable feeling which one is left with as this matter is being discussed is the need to reboot the image of the banks in the country. This image problem arises from the fact that the banks would seem to declare fat profits year- in -year out and yet the quality of their services as far as the banking public is concerned leaves much to be desired. From accusations made, the banks are not up and doing with regard to the need for them to deliberately embark on patriotic developmental roles. Banks are particularly accused of growing their loan book not caring about the real sectors of industry, manufacturing, agriculture and mining but are rather short term in their orientation being overly focused on the profit motive as they concentrate majorly on trade finance and engage in other fee income generating lines of business. Social media in replete of accounts of banks in other climes showing how some very prominent and successful businesses could not have been nurtured if the banks adopted the usual traditional approach of collateral based credit extension. But in defence of the banks it must be stated here that they are not allowed to book non collateral credits in an attempt to checkmate recklessness in lending which could undermine the stability of the financial sector. It is also correct, speaking for the banks to observe that the quality of service offered have considerably improved as the banks aggressively embraced technology to give a shot in the arm to the quality of the service they offer.

But it is obvious that the profits which banks have declared as often reported have generated some feeling of envy amongst a generality of the population. Hear Senator Emmanuel Bwacha: “Banks declare profits and you wonder where these profits are coming from. It is the sweat of the common man. Let us come up with a law that puts banks on their toes.” So we must ask ourselves if that is the correct mindset. Would we prefer that the banks are making losses with their capital base eroded through loan loss resulting in instability of the financial system? It is good business management to make a profit; that is why investors bring their money. It is this profit that guarantees returns on invested capital, facilitates the growth of capital, sustains employment levels, makes the capital market active and robust and enables the banks to make returns to the treasury through the payment of due taxes and ultimately redound to  grow the national economy. But we must admit here that what is of prime consideration is the need to operate with a win-win mindset ensuring that value is given to bank customers and that no stakeholder is for any reasons short-changed.

It was clear that in the thinking of the Senate the CBN would seem to be overly protective of the interest of the banks at the expense of the customers. The resolution included the fact of the need to invite the Governor of the Central Bank to attend to explain why bank charges as approved by the CBN are skewed in favour of the banking institutions as against the ordinary customers of the bank. The Senate also in the same breadth invited the Consumer Protection Council to look into customer complaints. Yes it is correct to observe that the CBN as should be expected is primarily concerned with its immediate constituency, the banking sector. But it is also in the enlightened self-interest of all concerned that customers get good value for their money and thereby attracted to the banking sector so as to deepen the financial sector through enhanced financial inclusion which circumscribes the effectiveness of CBN policies. This explains why the CBN has a robust department whose sole responsibility is consumer protection through whose auspices many aggrieved customers have obtained satisfaction resulting often in refunds by banks to the customer where it was established that customers have been short-changed. Therefore the CBN sees it as part of the requirement for a robust financial system the satisfaction of customers as they relate with the banks and therefore cannot be seen to be deliberately wanting to short-change the customer in favour of the banks as no interest will be served by doing so. So the dialogue is welcome as we are assured that at the end the only possible outcome will to reassure all concerned and to catalyse an improvement of the banking system. 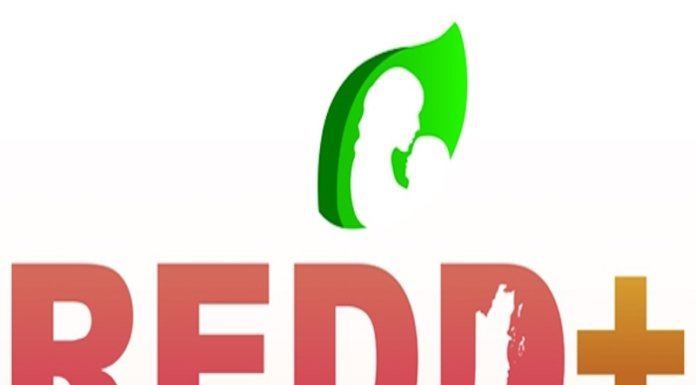