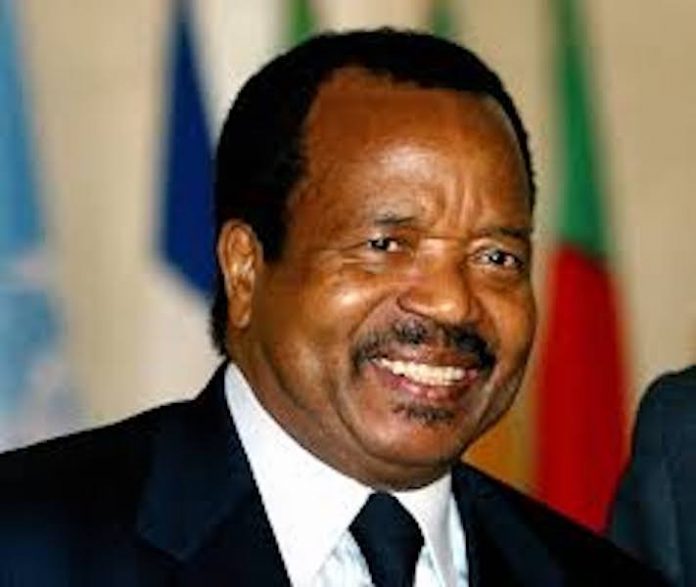 Eighty-five-year-old Paul Biya has been declared winner of the October 7 presidential election by the Cameroon’s Constitutional Council.

Biya won the poll with 71.28% of the votes cast beating eight other candidates to extend his 36-year rule of the Central African country to 2025.

Opposition leader, Prof. Maurice Kamto, who had earlier declared himself winner of the polls came second with 14.23% of the total votes.

Cabral Libii, one of the youngest candidates at the election emerged third with 6.28% of the votes while Joshua Osih, a candidate for the leading opposition party, Social Democratic Front (SDF), came in fourth with 3.35% — the worst tally the party has ever registered at a presidential vote since 1992.

It was the first time the party fielded a different candidate for a presidential seat other than the party’s chair.

The other candidates individually scored less than 2% in an election marred by low voter turnout in the country’s two predominantly English-speaking regions.

“The election was free, fair, credible and transparent in spite of the security challenges in the Northwest and Southwest regions”, said Justice Clement Atangana, the President of Constitutional Council.

Last week, the council rejected opposition claims that the poll had been marred by fraud and rigging.

No appeal or other legal remedy is allowed against the verdict of the Constitutional Council, thus the president-elect will be sworn in by November 7 according to the law.

Biya, now to serve seventh term, has been in power since 1982 and is Africa’s second longest serving leader.(NAN)