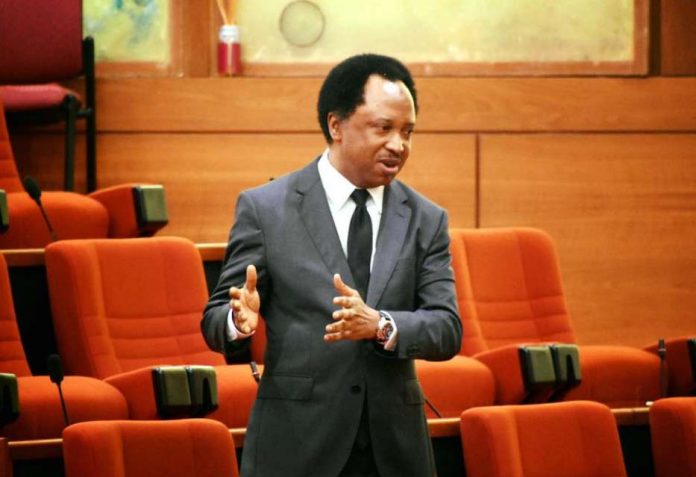 Senator Shehu Sani representing Kaduna Central Senatorial zone, has finally dumped the All Progressives Congress (APC) following a failed attempt to get the party’s ticket for re-election in 2019.

Sani who tendered his resignation letter on Saturday to the APC chairman in ward 6, Tudun Wada, Kaduna North Local Government, said he had joined the APC and against all odds, had remained in the party in the belief that it will be a veritable platform for the realisation of those democratic ideals he holds very dear.

The letter reads: “I present to you my highest compliments and wish by this communication to formally offer to you my resignation from the All Progressives Congress (APC).

“l had joined the APC and remained with it against all odds in the belief that it will constitute a veritable platform for the realisation of those democratic ideals which I hold very dear, that honour and integrity will be the ultimate ethos of the party and, most importantly, that internal party democracy will always be the norm.

“However, only posterity can affirm the extent to which the APC has committed to and reflected these values.

“As I exit the APC at this point in time. I wish to formally thank the party for availing me the platform upon which I am currently serving this country in the honoured capacity of Senator of the Federal Republic.

“I wish the party well in all her future endeavours and ask sir, that you please accept the assurance of my highest considerations.”

The National Working Committee (NWC) had earlier granted Shehu Sani automatic ticket, but this was greeted by protest from Governor Nasir el-Rufai whose candidate for the senatorial zone, Uba Sani and three others were not cleared.

A primary election was later held following the protest, but Shehu Sani who insisted that he was the sole candidate of the party, boycotted the election, describing it as a “Kangaroo election sponsored by the state government”.

However, Uba Sani was declared winner at the end of the election, having polled 2,088 votes to Shehu Sani’s 15.

The NWC of the party was said to have declared the primaries as an illegality and insisted that Shehu Sani was the sole candidate.

However, the part was said to have submitted Uba Sani’s name to the Independent National Electoral Commission (INEC) as its candidate for the senatorial zone.

el-Rufai and Senator Sani have been engaged in bitter political rivalry since 2015, with the former vowing to ensure that Sani does not return to the senate in 2019.