Members of different traders’ unions and market associations in Edo State have thrown their weight behind the 2018 Alaghodaro Summit, noting that they are fully in support of Governor Godwin Obaseki’s focus on enriching the life of the people.

The 2018 Alaghodaro Summit is an event to mark Governor Godwin Obaseki’s second anniversary and showcase his administration’s people-centered policies, programmes and initiatives and his commitment to bettering the life of the people by opening up the state to investors, upholding law and order and expanding the economic space.

Leader, Market Women Association in Edo State, Madam Blacky Omoregie, JP, in a chat with journalists, said that the market women in the state are excited about the event as it will give them opportunity to appreciate the governor for all he has done for them.

According to her, “We are excited about Alaghodaro 2018 because the governor has said it is focused on the people and we are very much in tune with his vision for the event. He has shown that he truly cares for the people with the numerous programmes he has championed since coming into office.

“We know what he has done with the fight against human trafficking, through which he has rescued our children from the grip of human traffickers. He is bringing investors to the state with projects such as the Benin River Port, the Edo Modular Refinery and the Benin Industrial Park. Not many states in Nigeria are having it as good as we are in Edo State.”

Chairman, Edo State Chapter of National Union of Road Transport Workers (NURTW), Mr. Odion Olaye, on his part, said that the event is a testimony to the people-centric government run by the governor in the state, noting that different unions in the state can testify to the administration’s unflinching stance for the people.

“The union totally aligns with the governor’s stance to have the people at the center of his policies. He has been humane and we are not so surprise to have him commit the second anniversary celebrations to hosting and celebrating with Edo people, as against what held in the past,” he said. 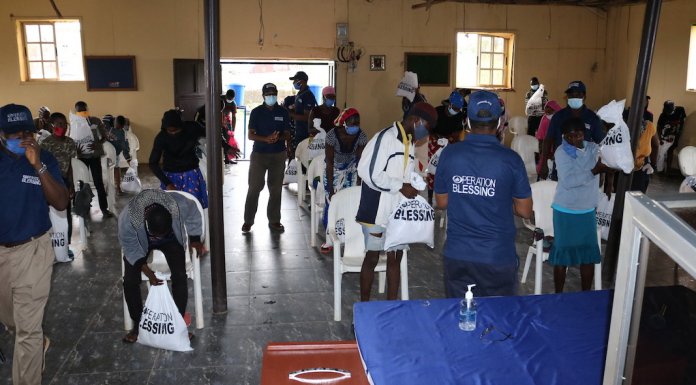