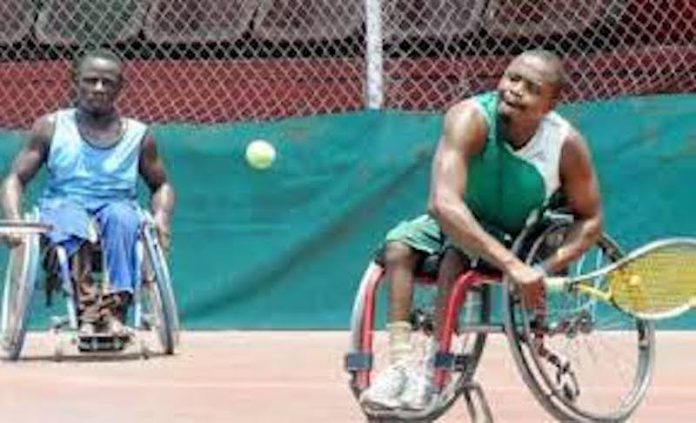 Wheelchair tennis players across the country will slug it out for four days in Lagos as the national ranking tournament serves off today.

Head Coach of Nigeria’s wheelchair tennis, Frank Tarmena, said yesterday that no fewer than 120 players from all parts of Nigeria will take part in the tournament which will be used to grade players in the country.

The men’s draw for the tournament which is bankrolled by Nigeria Tennis Federation President, Ifedayo Akindoju, will be round of 32 for men; the same for the women’s category. Currently, Alex Adewale is the prime seed for the male while Kafayat Omisore tops the women’s ranking.

Adewale represented Nigeria at the 2012 London Olympics and has won the last six editions of the Central Bank of Nigeria Open but is expected to be given fierce challenge by the likes of Wasiu Yusuf, Lateef Shodipo and Jude Uwazie while Omisore will have Tosin Dawodu and Chituru Nwaozuzu among her toughest challengers for the top placement.

Tarmena stressed that beyond the points at stake, the tourney will put Nigeria in good stead ahead of upcoming international tournaments which include the African Championship billed for February 2019 in Ghana.

He lamented Nigeria’s inability to consolidate on its dominance of Africa which now sees South Africa, Egypt, Morocco, Tunisia and Kenya ranked higher on the continent but expressed optimism that Nigeria would soon be reclaiming its enviable position in the game.

Wheelchair tennis will for the first time be part of the National Sports Festival billed for next month in Abuja.