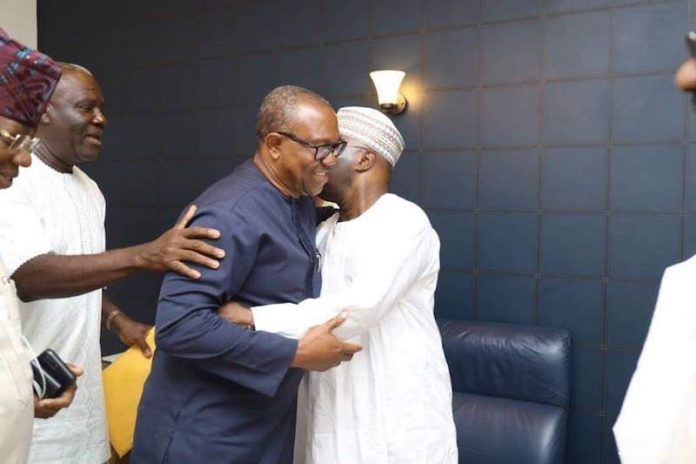 The presidential candidate of the Peoples Democratic Party, Alhaji Atiku Abubakar, and his running mate, former Governor Peter Obi, have continued to receive support from groups and prominent individuals across the country.

On Wednesday, university lecturers, particularly from the South-East and South-South, under the aegis of Academic Democrats, agreed to work for the success of the joint ticket.

The lecturers, after an extensive meeting in Awka, where they examined the manifestoes of the major candidates, noted that the contents of Atiku and Obi joint ticket showed that there was hope for Nigeria, if they were elected.

The meeting agreed that the joint ticket of Atiku and Obi would serve the country better in actualising restructuring, good governance and better life for its citizens.

They said they would follow up Wednesday’s meeting of with sensitization tour of various states in the country particularly South-East and South-South to meet other academics to enable them join forces together to ensure victory for Atiku and Obi in 2019 general elections.

Speakers including the Academic Democrats convener, Dr Chinedu Onyeizugbe, Prof Chinyere Stella Okunna, Prof Uche Nwogwugwu, Prof Emenike Obi and Prof Frank-Collins Okafor, among others, who spoke on why academics should support the aspiration of Atiku and Obi in 2019, agreed to embark on advocacy for the candidature of Atiku and Obi in order to ensure Nigeria is restructured to give room for democratic legacies currently lacking in the state.

The students, while commending Atiku for nominating Obi as his running mate said Obi was eminently qualified and had the solidarity of youths across the nation, particularly the students who he had won their hearts.

They described the choice of Obi by Atiku as a demonstration of “political sagacity.”

“In the same vein, we laud the exercise, the leadership and members for their political sagacity on the choice of Peter Obi, a resourceful personality.

“Chief Peter Obi’s leadership qualities have endeared him to many, particularly, the voting youth population, students inclusive, across Nigeria. Obi’s managerial skill is not in doubt as he is an expert in fund and human management,” the students said.

Further, they said of Obi; “He is as well a public friendly politician whose humility in and out of office was rated awesome. Obi has so many things to offer Nigeria , and at the same time he is energetic, charismatic, dynamic, amiable , transparent, accountable , fair, credible and a trusted man of the people. These and many more are reasons why the character and personality of the man called Peter Obi stood him out as the VP for Nigeria to be greater.”