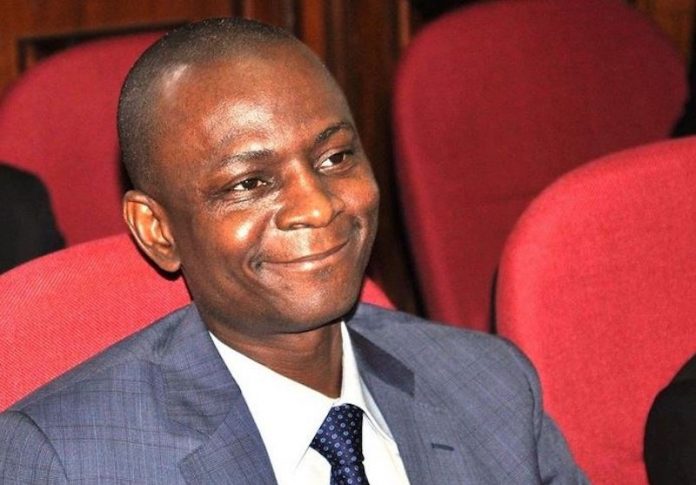 Former President Goodluck Jonathan’s cousin, Robert Azibaola, yesterday opened his defence in his trial over allegations of fraud to the tune of over $40 million.

Azibola and his company, One Plus Holding Limited are been prosecuted by the federal government for allegedly taking possession of the sum of $40 million from the Office of the former National Security Adviser, Sambo Dasuki, and converting same into personal use.

At the resumed trial yesterday, he told Justice Nnamdi Dimgba of the Federal High Court Abuja, that he is being vilified by the present administration for serving his country.

Led in evidence in chief by his counsel, Goddy Uche (SAN), the defendant narrated that apart from being chairman of several companies, his background as an activist spanned from his university days to pro democracy activism and environmental crusader.

Aziboala told the court that he founded the Nigerian Delta Human and Environmental Rescue Operation.

He also claimed to be a member of several non-governmental organisations committed to fighting for the common man and champion the crusade against environmental degradation in the Niger Delta.

As president of Niger Delta-HERO, Aziboala said he led several protests as an activist to protect Niger Delta region and Nigerians in general and the fundamental human rights of everybody that is alive.

Laying the foundation for his evidence in chief, he told the court that he led the Movement for the Survival of Ogoni People (MASOP) to advance the cause of Ogoni people.

More so, Aziboala stated that in the cause of campaigning for the enthronement of democracy, “I was arrested and detained by the State Security Service and other agencies.

“My Lord, I have served Nigeria and I am conscious of the fact of coming from the minority. I interfaced with virtually every pro-democracy activist in this country.

“For my sake, the late Ken Saro Wiwa was arrested. He was my mentor. When he was killed, I abandoned law practice and became a pro-democracy and environmental activist”, Aziboala narrated.

The defendant disclosed that because of his activism, he embarked on several international speaking tours on behalf of Nigeria and Nigerians.

“At a point, people I recommended visa for were given because of my background as a human rights promoter and environmental protection agent.

As Aziboala was testifing, the prosecutor Sylvanus Tahir raised an objection and asked the court to espounge all he said from its records.

“My lord, the evidence of the defendant is off track and irrelevant on the basis of Section 1 of the Evidence Act”, Tahir stated.

He said the charge which the defendant is facing was in relation to money laundering and has nothing to do with pro democracy activism and environmental crusade.

Tahir insisted that none of the charge that the defendant is facing deals with extraneous matter such as the obnoxious aspects being delved into by the defendant.

Reacting, Chris Uche (SAN), who held briefly for his brother Goddy, said, “I am taking aback by the objection of the prosecution counsel.”

He therefore, asked the court to discountenance it for being “inappropriate and inapplicable”.

“This is a criminal trial, it is not a civil proceeding. It is not a matter that is regulated by pleadings but a trial which the defendant has the constitutional right under section 36(5)(b) to be given adequate opportunity to tell his own side of the story.

Uche argued that it did not lie on the mouth of the prosecutor to tell the defendant how to tell his story.

“It is premature for the prosecution counsel to speak for the court by determining a testimony that is relevant or not.

He therefore, urged the court to dismiss the objection.

However, in his ruling, Justice Dimgba dismissed the objection as lacking in merit.

Recall that the court had on March 29, 2018, discharged and acquitted Robert Aziboala’s wife, Stella of all the 9 count charges levelled against her by the Federal Government.

But, Justice Dimgba held that Aziboala (1st defendant) and his company, One Plus Holding Ltd (3rd defendant) have explanation to make in respect of counts 2 and 3.

Counts 2 and 3 are basically the same. The different is that count 2 borders on possession of the sum of $40million, while count 3 was hinged on conversion of the said amount, the court stated.