One of the major challenges that Nigeria is currently facing as a nation is its inability to feed its teeming population. This is in spite of its vast arable land for agriculture and conducive weather all seasons. Indeed, it is a paradox that countries that rarely have rains and those in complete deserts have somehow managed to conquer hunger taking advantage of technology while Nigeria is still struggling in spite of its comparative advantages in this area. Rarely will anyone doubt the popular assertion that a well-fed nation breeds a healthy populace. Let’s face it. Nigeria is rich and blessed. Aside the good weather and arable farmland, the country is equally rich in human resources. Nigeria shouldn’t be categorised among nations that cannot feed themselves.

The challenge of hunger amid immense opportunities in the agric sector in a country like Nigeria makes it difficult to ignore any leader that takes the bull by the horn by prioritising agriculture with the aim of making positive impacts both on the people and the country at large. The good thing about Nigeria is that our leaders don’t have to struggle to bring down rain as it is done in some parts of the world to wet the land, the rain is always here. Neither do they have to rely on any abstract technology to make the land fertile, nature has graciously blessed us in that regard. Right now, the hunger gap is visible and what is required to fill it is also available.

That is why the efforts of the Governor of Akwa Ibom State, Mr. Udom Emmanuel particularly in the agric sector cannot be ignored. What the state has achieved in the last three years should be a lesson for any leader that is desirous of multiplying the income base of their states. From the outset, the governor declared a state of emergency in the agricultural sector, targeting food sufficiency, welfare of the people, export and economic development of the state.

With prevailing high cost of living, this couldn’t have come at a better time even as pervasive poverty and hunger ravage the country. The governor took advantage of its rural communities that are largely agrarian, relying on subsistent agriculture, harnessing their enormous potential for commercial and mechanised farming in cash crops like yam, coconut, plantain, maize, rice, tomatoes, cucumber and rubber as well as animal production, poultry and fish farming.

When Emmanuel was sworn in as the governor of Akwa Ibom State in 2015, he made certain promises. Specifically, he believes the state is blessed with abundant natural resources, fertile and good climate that can make it possible for it to produce sufficient food to feed its teeming population and provide a sustainable raw materials base for her burgeoning industries. Fortunately, Akwa Ibom State is blessed with arable land and favourable climate that supports all-year-round cultivation and extraction of agricultural and forest products such as palm produce, rubber, cocoa, rice, cassava, yam, plantain, banana, maize, and timber.

In three years the administration has developed 11,000 hectares of coconut plantation; 2,100 hectares of cassava plantation in 15 LGAs; registered 48,000 rice farmers for the CBN anchor borrowers’ scheme and trained 450 youths on cocoa maintenance. The state has gone further to establish Special Cocoa Maintenance Scheme (SCMS) to train farmers and youths on pruning/shade management, under brushing, and tree care by fumigation, in order to ensure the improved yields from 300 kg/hectare to 2, 000kg/hectare.

In addition to this, the state has invested in the construction of Vegetable Green Houses and cattle ranch, cultivated over 1,200 hectares of rice farmlands and constructed 33 micro-cassava processing mills. Realising the importance of training in the sustenance of laudable projects such as the one being championed in the state’s agric sector, the state has trained 300 youths under the graduate Unemployment Youth Scheme. This is also solving the unemployment rate in the state as each of the graduates is given N1m to embark on any agricultural enterprise.

Knowing the importance of the use of modern technology and equipment in the 21st century farming, the state constructed a Tractor Hiring Enterprise Centre. It has also refurbished the Cassava Processing factories at Ikot Okudom in Eket LGA, Nung Udoe; Ibeskpo/Asutan LGA and Ikot Ekang in Abak LGA and leased two private operators for the production of high quality garri, odourless fufu and cassava flour.

According to available records, the state has so far procured 600,000 bags of fertiliser for farmers in the state and distributed 500 citrus seedlings, 600 hybrids plantain suckers and 1,000 pineapple suckers for farmers. The people of Akwa Ibom could easily testify to the crash in the price of garri since the investment in the agric sector took off. Many of them are of the view that the price has dropped to a third of what it used to be three years ago. This is instructive. It doesn’t take rocket science for any smart leader to make positive impacts on their people. All it takes is to understand the problem, identify workable solution and be committed to solving the problem. If any leader is doing the right thing, it will perforate to the populace in no time.

The state government has gone ahead to establish a large hybrid rubber nursery at Ebighi Anwa, Okobo LGA in partnership with the Rubber Research Institute of Nigeria for distribution to rubber farmers at highly subsidised rates. The government is also encouraging the establishment of demonstration plots on various agricultural technologies for transfer of improved technologies to farmers through the Akwa Ibom Agricultural Development Programme. Through the foresight of the governor, the state government has built at least three model villages for production, processing and packaging of Vitamin A products even as the state partners with the World Bamboo Organisation for bamboo development in the state.

There is hardly any area in the agric sector that the state is not focusing on and there is also hardly any local government area that is not being touched. That is also a demonstration of commitment to even development across the state. The state has procured and distributed 30,000 hybrid plantain suckers to 348 farmers, installed maize preservation and shelling machine in Nung Ndoe; another pioneer multiplication sites developed in Nsit Atai; while 35 boreholes have been constructed as part of infrastructural benefits of FADAMA at Sawah Rice Production, Nnung Obong; agricultural Equipment Hiring Enterprise.

Diverse crops are now cultivated in different places in Akwa Ibom State of today, ranging from cassava plantation in Ibeskpo to cucumber vegetable across other local governments of the state. The lesson from all of these is that a lot can be accomplished when there is a will and commitment to making a difference in any particular sector by any leader. The governor has not left anyone in doubt of his commitment to making good his promise of transforming the economy of Akwa Ibom State via industrialisation and sustained public-private sector initiative thereby opening up opportunities for growth and improved living standards.

Looking back these last three years, he has achieved what he promised especially in the agricultural sector. Governor Emmanuel has taken a bold step to secure the future of Akwa Ibom State through agriculture in the event that oil ceases to yield as much revenue as it does today. Through his policy in agriculture, his administration is creating food security, industrial hubs and massive job opportunities for the people of Akwa Ibom. The state is being transformed from one that is heavily dependent on federal allocations to one that generates revenue and earns foreign exchange through agriculture.

From all indications, Akwa Ibom State as a whole has benefited from Emmanuel’s decision to invest in the agric sector. The state is attracting foreign investors and the fact that the government is encouraging public private partnership shows that the governor understands what it takes to run a modern economy. 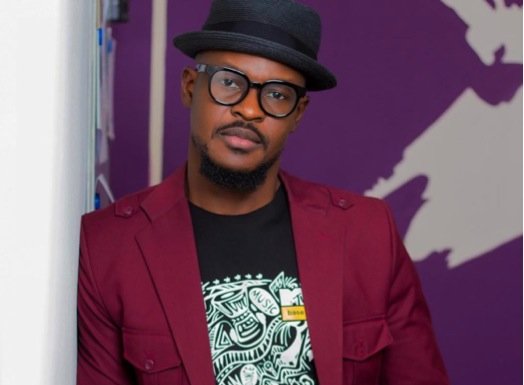 Steering The Wheel of ViacomCBS in Nigeria

Court Adjourns Trial of Ize-Iyamu, Four Others to January 14