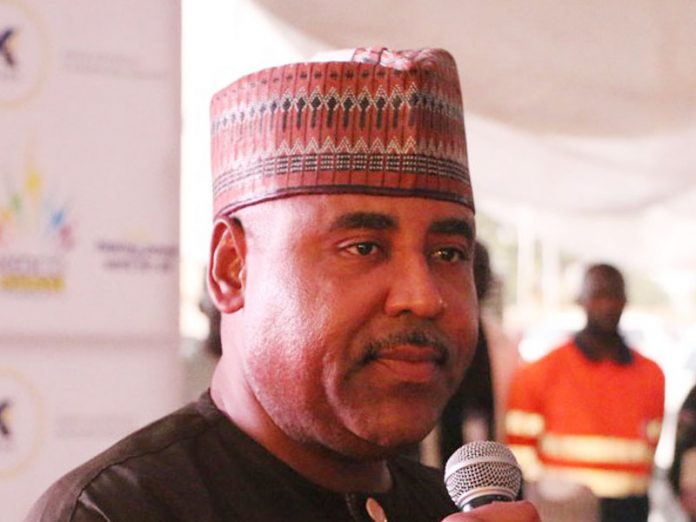 The Managing Director and Chief Executive Officer of Kano Electricity Distribution Company (KEDCO) and former Peoples Democratic Party gubernatorial aspirant in Gombe state who recently ditched the party for the All Progressive Congress (APC), Dr. Jamilu Isyaku Gwamna said President Muhammad Buhari’s second term in office will no doubt consolidate on the fight against the Boko Haram, other security challenges and the infrastructural development across the country.

Speaking during APC stakeholders meeting in Gombe recently, Gwamna said that the 2019 general elections in the country will for the second time mark the beginning of new things to come in Nigerian politics and the life of the common man.

He called on the good people of Gombe State to come out in their thousands and vote the APC gubernatorial candidate in the state Alh. Mohammed Inuwa Yahaya and President Muhammad Buhari respectively. He urged Alhaji Yahaya to be more aggressive and carry his campaign to all nook and crannies of the state exploring all the available means to do that. He urged him make the use of the media both the social and conventional media to campaign vigorously.

“With the little political knowledge and the teeming followers around us we are going to work tirelessly and vigorously to ensure president Muhammad Buhari and APC’s victory in the northeast and Nigeria at large in shaa Allah,” he said.

Jamil who spoke during the meeting which held at the APC square in Gombe pledged his commitment and loyalty to the APC which he described as his original home and final destination politically. He said all hands must be on deck to ensure that APC win in Gombe and the country at large.”