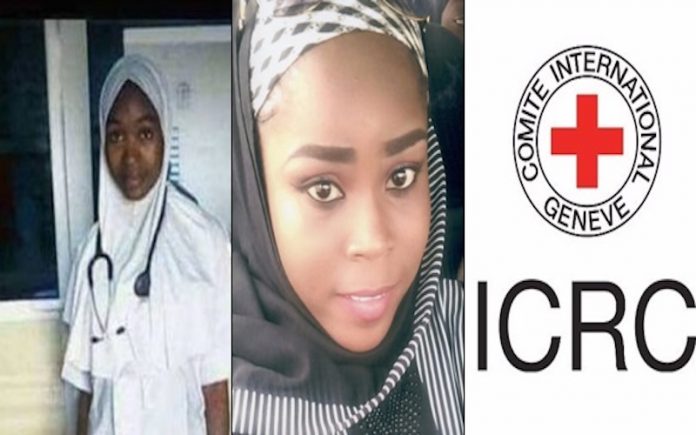 Many Nigerians were shocked yesterday as news of the execution of an aid worker with the International Committee of the Red Cross (ICRC), Hauwa Leman, and the enslavement of kidnapped Dapchi schoolgirl, Leah Sharibu, by the Islamic State West Africa Province (ISWAP), a faction of Boko Haram, broke.

That the Boko Haram terrorists carried out their threat to execute the aid worker at the expiration of the ultimatum the group gave after the execution of her colleague, Saifura Hussaini, confounded a nation that had been traumatised by the wanton killing of thousands of its citizens since the insurgency began more than a decade ago.

The federal government has expressed sadness at the killing, saying it was unfortunate and godless.

But the Bring Back Our Girls (BBOG) group that has been at the forefront of agitation for the release of seized Chibok girls and Sharibu, had harsh words for the government for its failure to prevent the killing of Leman and secure the release of Sharibu in spite of the assurances it gave that no harm would come the way of the two innocent ladies.

An online news medium, TheCable, had reported yesterday that its special correspondent saw a blood chilling video of the aid worker’s execution.

Leman had been abducted along with her colleague, Loksha, by Boko Haram on March 1 during an attack on Rann, on the country’s far north-eastern border.

They were in captivity alongside I5- year- old- schoolgirl, Leah Sharibu, who was kidnapped in Dapchi on February 19, 2018 with about 108 other students.

The group held Sharibu, when other 104 students were freed in March for her refusal to convert to Islam.

The killing of Leman by the terrorist group was the second execution of the aid workers, following the killing of Saifura Hussaini Ahmed by her abductors last month.

Yesterday’s killing was carried out following the failure of federal government to meet some of the demands by Boko Haram by the deadline, which elapsed yesterday.

But reacting to the development, the Chairperson of Bring Back Our Girls, Ms. Edith Yassin, chided the federal government for waiting for the deadline before trying to rescue Sharibu and two other captive aid workers, Loksha and Leman by the terrorist group.

She said, “Well, we don’t have much to say, except that we have expected that Leah Sharibu and all those in Boko Haram captivity should have been freed and be back by now. We should not wait for the deadline. Seriously, I don’t think that it is okay that we are waiting for deadline before anything happens.

“And even now that the deadline is here, nothing has happened anyway. There is nothing positive coming from the government. They haven’t told us whether there are negotiations going on, there is rescue or release. We don’t know anything. It’s a silence.”

She vowed that BBOG would assemble tomorrow at Unity Fountain and march to the Presidential Villa as the federal government had kept mute after the deadline.

When asked if Lear Sharibu was a Muslim, whether the government wouldn’t have rescued her by now, Yassin responded, “I don’t think so. I mean, the Dapchi girls, they took over 100 girls. I don’t think so; there is no religion colouration to it. Boko Haram have taken Muslim girls, they have taken Christian girls. I refuse to give it any religion colouration. All I know is that, young girls get taken, they get raped, they are living with their captors and government is just not doing enough to bring them back.”

FG Expresses Sadness at the Execution

Meanwhile, the federal government has said it was shocked and saddened at the killing of Leman by Boko Haram despite the actions taken by it to prevent the killing.

Minister of Information and Culture, Alhaji Lai Mohammed, described the killing as dastardly, inhuman and ungodly, saying nothing can justify the shedding of the blood of innocent people.

The minister issued the statement in London, where he was attending a conference on Nigeria’s unity at Chatham House. He also commiserated with the family of the aid worker and said the federal government did all within its powers to save her life.

He said, ”It is very unfortunate that it has come to this. Before and after the deadline issued by her abductors, the federal government did everything any responsible government should do to save the aid worker.

”As we have been doing since these young women were abducted, we kept the line of negotiations open all through. In all the negotiations, we acted in the best interest of the women and the country as a whole.

”We are deeply pained by this killing, just like we were by the recent killing of the first aid worker. However, we will keep the negotiations open and continue to work to free the innocent women who remain in the custody of their abductors.”

He thanked all the friendly governments that had continued to work with Nigeria for the safe release of the abducted women, and the clerics across religious lines, who have been pleading for their release.

It would be recalled that the minister last week led a three-man federal government delegation to Maiduguri in Borno State and Dapchi in Yobe State to negotiate the release of the girls.