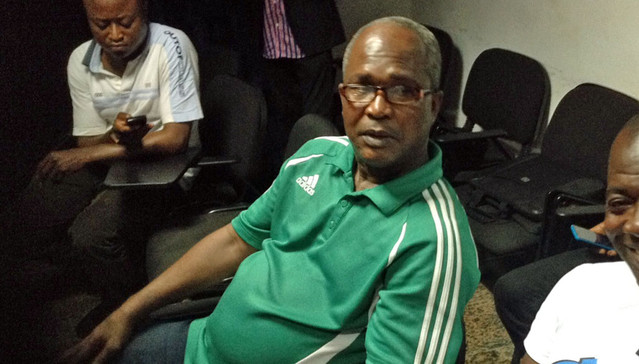 Yisa Sofoluwe has warned Nigeria against underrating Libya when they meet in Saturday’s Africa Cup of Nations qualifiers.

The west Africans welcome Omar Al-Marime’s men to the Godswill Akpabio International Stadium Uyo with the return leg scheduled for Tunisia on Tuesday.

The three-time African champions are ranked 48th best team in the world while the Mediterranean Knights are ranked 99th according to the September Fifa ranking.

Notwithstanding, the north Africans sit at the summit of Group E with four points from two games while Gernot Rohr’s men are third with three points.

And the former defender has urged the three-time African champions to play together as a team and defend well to ensure victory in the games.

“Every African team wants to play and beat Nigeria just like other teams to Brazil,” Sofoluwe told Goal.

“We should not think that we have a good team. we should work hard and not underrate Libya because it is a very important game and we must win.

“We must be defensive conscious because even if we score goals and we don’t defend well and allow them to equalise, they could win the game and so we must avoid such and defend very well.”

The Super Eagles have failed to qualify for the last two editions of the tournament since winning the title in 2013 and the 50-year-old wants Gernot Rohr’s men to correct the mistake by ensuring they did not miss out on the 2019 edition in Cameroon.