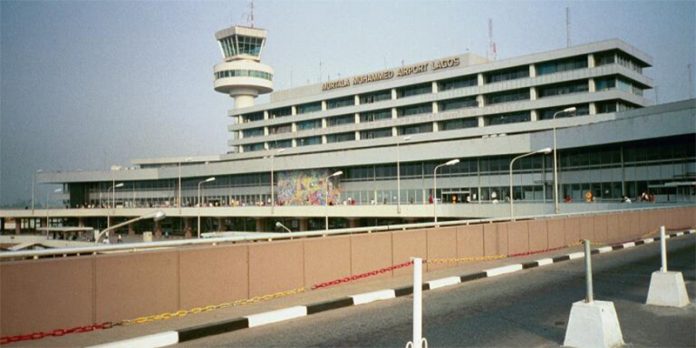 Overland Airways ATR aircraft has been engulfed by fire at the company’s hangar located at the General Aviation Terminal (GAT) of the Murtala Muhammed International Airport (MMIA), Lagos.

This was confirmed by the Manager, Corporate Affairs of the Federal Airports Authority of Nigeria (FAAN), Mrs. Henrietta Yakubu, who said that it happened in the early hours of Friday.

Nobody was injured in the incident.

Passengers and other airport users were frightened when they saw heavy smoke billowing from that side of the airport and fire fighters drove through the airside of the Runway 18L to the facility to put out the fire.

Eye witness account disclosed to THISDAY that the aircraft which was under maintenance was being tested by the company’s technical personnel. He said the personnel motored the engine inside the hanger and as the propeller started turning it hit the ground power which sparked and caught fire.

The two tyres of the aircraft also cut fire and busted. As the tyres busted the aircraft caught fire and sent huge smokes into the air. No one was injured in the incident.

“I went to the tarmac to see what happened. They were trying to motor the engine in the hangar, which is not done, especially for turbo props. We don’t do that because the rotor will be moving. So when they did that it hit ground power.

Mr. Yakubu said there was no official reason for the fire but said the Accident Investigation Bureau (AIB) would soon swing into action.