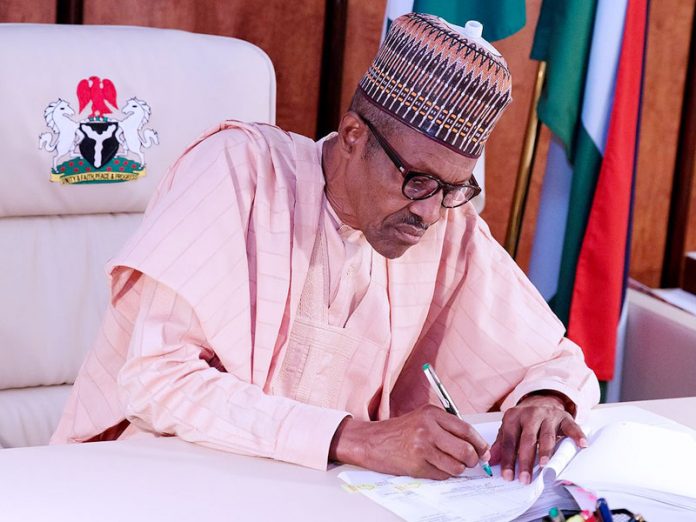 The Peoples Democratic Party (PDP) and the Coalition of United Political Parties (CUPP) have rejected in its entirety, what they called attempt by President Muhammadu Buhari to foist a full-blown fascism on the country, beginning with the placement of illegal travel restrictions on Nigerians.

In separate statements on Saturday by the National Publicity Secretary of the PDP, Mr. Kola Ologbondiyan, and National Spokesperson of CUPP, Ikenga Ugochinyere, they said the statement issued by the Presidency on the full implementation of “obnoxious Executive Order 6”, presently being challenged at the Appeal Court, confirms that the implementation is the final unveiling of forewarned tyranny.

President Muhammadu Buhari had on Saturday ordered full implementation of Executive Order 6 (EO6). A number of enforcement procedures were consequently put in place which include travel ban on 50 high-profile Nigerians and monitoring of the financial transactions of these persons of interest.

According to him, “This ‘decree’ is a direct clampdown on our democratic order and an overthrow of rights of our citizenry as guaranteed by the 1999 Constitution (as amended).”

The opposition party said that the Buhari Presidency had gone into panic mode since the popular emergence of Alhaji Atiku Abubakar as its Presidential candidate and the spontaneous jubilation his emergence had evoked across the country.
The party maintained that the resort to total clamp down on the opposition and their supporters would be totally unacceptable.

Ologbondiyan stated: “We hope this is not a ploy to harm certain eminent Nigerians on the claims of resisting travel restrictions.

“The whole world can now see how fascism is fast taking over our democracy and judicial system and how the Buhari administration, by fiat, has directly ordered that citizens be secretly trailed, their movements and financial transactions restricted by government agencies, without recourse to due process of the law.

“What this means is that all Nigerians, particularly, opposition members, members of the business community and religious leaders, have become endangered and stand the risk of state violence under the All Progressives Congress (APC) administration,”

The PDP however called on the international community to hold the Buhari Presidency responsible should any harm befall any opposition leader, key members of the business community and religious leaders across the country as the nation marches towards the 2019 general elections.

The opposition party said that the APC and the Buhari Presidency were pushing the country to the brink, while adding that no amount of intimidation, harassment and foisting of fascism would deter Nigerians from their determination to rally on the platform of the PDP to oust the incompetent, anti-people and repressive APC administration, come 2019.

On its part, the CUPP said it was unfortunate that the President could not wait for the final determination of the legal processes in the Court of Appeal before baring his fangs and listing 50 Nigerians with numerous opposition leaders, for travel restriction and seizing of their properties worth over N50m and above.

Ugochinyere stated: “The court of Appeal, we hope will deal a decisive blow on this dictatorial Order and consign it to the dustbin of history where it rightfully belongs.”

CUPP said it had warned Nigerians that a desperate President Buhari having realised that he had already lost the favour of Nigerians would bare his tyrannical fangs and intimidate opposition.

The CUPP stressed that the action of the President was nothing but another futile attempt by the Presidency to muzzle the opposition and deny them of the required funds for election.

It added that this was coming too late as Nigerian electorate were already fully mobilised and ready to punish bad governance with their votes.

CUPP said: “Key opposition leaders who are part of the international negotiation team are all on the list while some business men who rightly support the ouster of this government owing to the bad policies which have stifled their businesses are also listed just to finally kill their businesses and stop them from supporting the patriotic effort to rescue our country.”

“President Buhari cannot survive the electoral anger of Nigerians and his desperation would only cause him to sink deeper into the abyss of opprobrium and hasten his final disgrace from office within the ambit of the law,” it said.