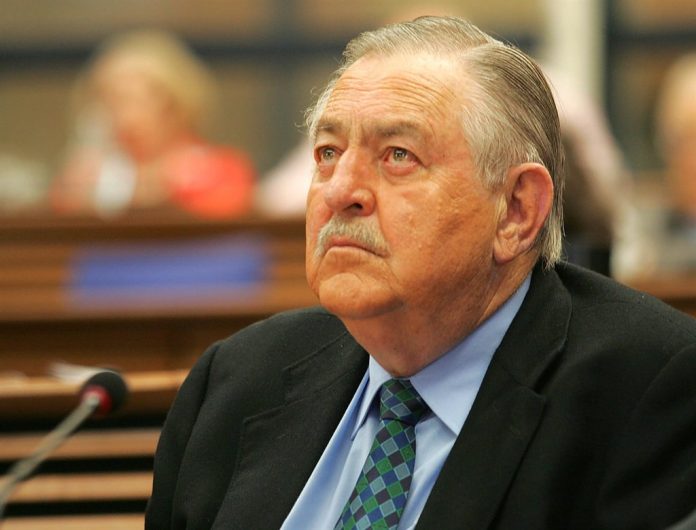 Botha was known for trying to get his party to accept broader political rights for black South Africans.

His son, Roelof Botha, said on Friday — “my dad passed away in the early hours of the morning at his home’’. He was 86 years old.

“I think the contribution that he made … to lasting peace in this country is something recognised.”

After the end of apartheid, Botha served as minister of mineral and energy affairs in the government of Nelson Mandela – the country’s first democratically elected president.

Botha, born on April 27, 1932, was a South African politician who served as the country’s foreign minister in the last years of the apartheid era.

He was considered a liberal but the bulk of his career was spent defending South Africa’s apartheid system of racial segregation against foreign criticism.

He had two sons, the rock musician, Piet Botha, and the economist, Roelof Botha, and two daughters, Anna Hertzog and artist Lien Botha.

The death of Botha has attracted numerous comments in the social media, especially the twitter.

Lucas Ledwaba @LedwabaStyles said: “Pik Botha was a member of the ANC. Will the comrades be singing Hamba kahle Mkhonto in his honour? Can comrades please enlighten us? [cross border raids etc]

Hloni Nyetanyane said: “Pik Botha was an ANC stalwart & former minister in Mandela’s cabinet. The flag must fly at half-mast & be granted an official funeral. It’s only fair.