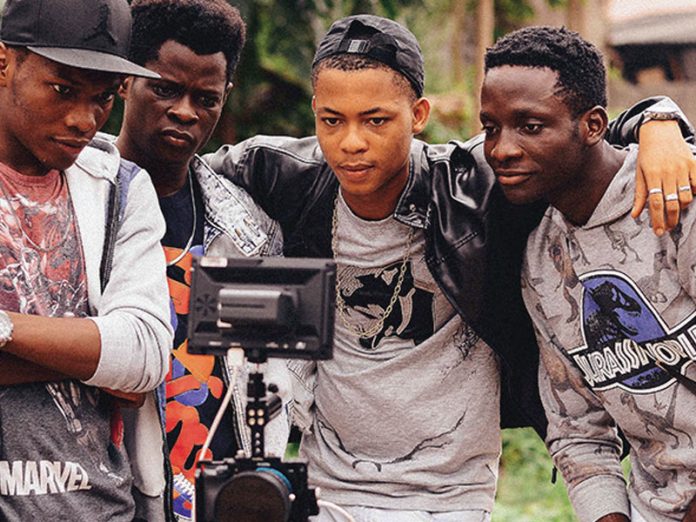 There is nothing to dislike in Ema Edosio Deelen’s feature film ‘Kasala’, unless you hate films about the ghetto. At a time when most Nollywood’s offerings come in different hues of glamour and affluence, Kasala is a refreshing tale that sparkles in a grimy setting.

From the opening scene where we are introduced to one of the main characters TJ living his celebrity life in his dreams to the closing scene where the remaining three characters,Effiong,Chikodi and Abraham took one last chance at hope, Deelen took us on a well paced exhilarating ride on the bustling streets of the ghetto as we follow the lives of her young talents.

Set in Surulere, each of the boys has a backstory which fetched them their nicknames. Tunji aka TJ, the Starboy lives with his uncle, Taju — who sells meat for a living — and his apprentice Timo, who has a bad habit of pilfering TJ’s monies.

TJ does not fancy himself selling meat in the local market. He has more elegant dreams. He will be a music superstar, thus his nickname.

Chikodi on the other hand is nicknamed Effiko because of his penchant for learning. Though this appears to be a distraction from the growing responsibility of taking care of his eight younger siblings, his mother, the story revealed in subsequent scenes abandoned them to the care of their irritating father.
Effiong is the ‘hustler’ among the quad. He has a dying father whose sickness is depriving him from living the life he wishes. He does all manner of jobs for subsistence.

Abraham is the odd one among the lot. He is nicknamed ‘Ode’ because of his apparent lack of talent.
These four boys with their own pockets of sunshine kicked off the drama at a party in the neighborhood. TJ eager to live up to his name as a Starboy stole his uncle’s car, who unknown to him was at the mercy of his boss, whom he is indebted to. He caught up with his friends at a food joint where his handsome looks and charms have captivated the heart of the foodseller, Shalewa. Like a smooth operator, he sweet-talked her into offering them meals for free with the promise to pay later.

Typical of young boys, they teased and mocked each other with Abraham mostly on the receiving end. Their dialogue is so raw and honest that it is hard to imagine the conversations delivered differently. The colourful use of pidgin English adds to the authenticity of the plot.

From the food joint, the boys excitedly jump in the car to have a ride of their life. The mischief continues with TJ assuming superiority and Abraham pleading for the lifetime opportunity to go behind the wheels. Their constant mockery led the young lad to steal the keys from TJ’s jacket while he was partying. Excited about his trickery, Abraham got behind the wheels with the good intention to repark the car only to crash the car and the beautiful fantasies of his friends.

Bad news, they say spread like wildfire. Within minutes, his other friends were at the scene. A gamut of emotions was displayed as the boys tried to weigh their chances of fixing the car before dusk. From frustration to hopelessness, TJ lit up his character with his gestures. It is in the way he hisses, throws himself on the ground and at times running like a madman to the surprise of his friends who equally share in his agony. But in all all of these, Deelen skillfully celebrates friendship. There was no apportioning of blames, rather we see solidarity in times of trouble.

These characters are Deelen’s trump card. Fresh and charming, the boys bring to life the youthful exuberance of teenage boys which are often dotted by mischief and a peculiar bond of friendship.

‘Kasala’ which means trouble in local slang depicts the word in different shades throughout the movie. If it is not the young lads finding a way out of their troubles while getting into more difficult situations, it is the adults trying to navigate through their own daily hustles.

What movie fans will see when they watch the movie which opens in cinemas today is a story of friendship and pride that aptly mirrors the lives of teenage boys in the ghetto. The film presents the ghetto in all its goriness but still excelled in telling a story that is funny and authentic.

The director subtly addresses issues revolving round the youth such as the popular criticism by President Muhammadu Buhari that Nigerian youths are lazy, as well as the unspoken sexual abuse of teenage boys, as experienced by Abraham.

While TJ is a delightful character, his Igbo accent which is subtly noticed does not justify his role as a Yoruba boy. Notwithstanding, Kasala trumps in the way it brings social realism to the scene. It is a heartwarming gritty film.

editor - June 5, 2020 2:22 am
7
Guest Columnist: Okey Ikechukwu It is a fact of science that everything on earth gives out a definite radiation. It is also a fact of... 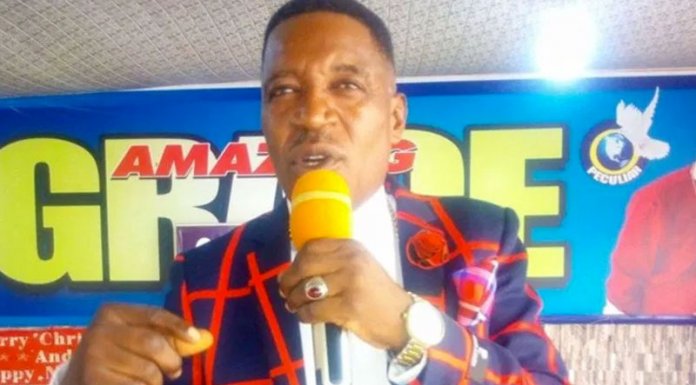 Reinvention! A New You!