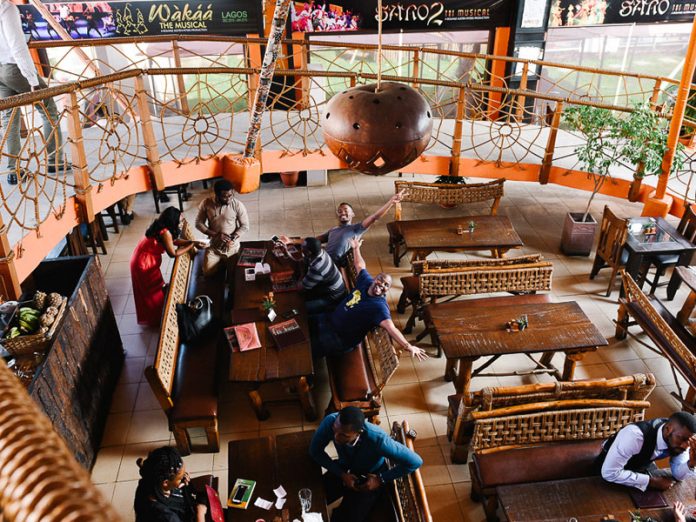 They called the show, “Illumination II”. Terra Kulture was their destination and though their tribes and tongues differed, in unison, they lit up socio-economic issues using aesthetics that are quite divisible in the human mind. From September 29 till October 8, these fresh artists explored cultural truths using paintings, sculptures and mixed media.

It was a blend of students of art and young artists who are dedicated to studio practice and it is the sixth in the series. Ikpoza explained the rationale behind the exhibition at a recent breakfast meeting at Terra Kulture.
He said: “Illumination I had been a success. It is not just about making sales. It started in 2015 because of the lack of seriousness amongst many art students. They really never have experience in the art practice and many of them put up works that are far below academic expectations.

“That is why we keep seeing many graduates that never really practiced art. To change that situation, I discussed with some other artists and many who were in school then and we started showcasing works.

“Most of the students do not know what happens in exhibitions until their final year exhibition. Some don’t even know how an exhibition happens let alone to understand an art auction.

“We want a generation that is stronger in creativity and thinking. By being static, we would not be able to reach that goal. That is why we have a variety of artists every year.”

One of them, Ekpenisi, a sculptor from the Auchi School, hinges his measured success on good finishing. “When you see my sculptures, you will see that I used metal like clay, I molded it into forms,’’ he said.
Largely influenced by the Benin narratives, using different pieces of metal to make a statement. Another artist Alvin, also from the Auchi school, uses acrylic and palette knife technique to articulate his thoughts on canvas.