Contrary to widespread premonition of likely implosion between members of the two major leading political parties in the House of Representatives-the ruling All Progressives Congress (APC) and the opposition Peoples Democratic Party (PDP)-the lawmakers have indicated that they have resolved to work together in unity.

Some members of the House of Representatives have also sponsored a motion to allow the Sergeant-at-Arms and other security officers attached to the National Assembly to carry firearms.

This is coming as the Managing Directors of Heritage Bank, Ifie Sekibo and Aso Savings, Hassan Usman have been directed to appear before House Ad hoc Committee investigating the management, implementation and the level of compliance with the Treasury Single Account (TSA).

“This House is very calm. The atmosphere is cool and with our leaders, we have no issues and we will also like to plead with our journalists to always report the National Assembly as always. There is no anxiety. There is no problem between us and our leaders.

“However, as a member of the APC, I will always try to protect your party, which is always good, there is nothing wrong with that as other members in other parties are expected to do the same, but on national interest, we are on the same page. We have no problem with our leaders and there is nothing we have done to demonstrate that there is a problem,” he stated.

Namdas also assured the people that members of the lower chamber of the National Assembly have agreed to give necessary support to the President Muhammadu Buhari-led federal government, noting that “we have also agreed that whatsoever request the president brings that deserve our attention, by the grace of God, we will do just that.

“We have agreed to work on the $2.7billion Eurobond and the budget of the Independent National Electoral Commission (INEC).”

He, however, disagreed with the federal government over claims that the third amendment to the Electoral Act did not contain the Card Reader, emphasising that there was no time it was expunged from the Act.

He said: “We were told when we were on break that the president declined ascent to the Electoral Act; we read in newspapers that the electoral act that we transmitted to the president does not contain the Card Reader. We just want to say and for the purpose of record and as an institution that the Electoral Act we transmitted from the National Assembly contained the Card Reader.

“So I don’t know at this stage that the card reader was not involved. This is just to make a clarification because we are also politicians, and electoral act is an important act. Others can just look at us in terms of transparency and honesty in the process of our election. So, we cannot joke with that too.”

Reacting to a recent protest made by legislative aides, who alleged non-payment of some of their basic allowances, the lawmaker said rather than being confrontational, the affected aides ought to have liaised with their principals, considering that their appointments was non-pensionable and short time appointment, which come at the discretion of their principal.

Meanwhile, some members of the House have sponsored a motion to allow the Sergeant-at-Arms and other security officers attached to the National Assembly to carry firearms.

The Speaker of the House, Hon. Yakubu Dogara has already referred a motion sponsored by Hon. Ossai Nicholas Ossai (PDP-Delta) titled: “Urgent Need to Address the Desecration and Security Challenges on the Invasion of the National Assembly by Security Operatives,” to Committees on Police and Legislative Compliance, urging them to liaise with the presidency on the matter.

Ossai, who alleged that the executive intimidates, interferes and abuses the legislative institutions all over Nigeria, said such trend is indicative of “dictatorship,” and “anarchy.”

Meanwhile, the Managing Directors of Heritage Bank, Ifie Sekibo and Aso Savings, Hassan Usman have been directed to appear before House of Representatives ad hoc committee investigating the management, implementation and the level of compliance with the Treasury Single Account (TSA).

The officials were invited yesterday to explain their levels of complicity in a N21billion and $104.46 million discovered in two separate accounts outside the TSA.

The Chairman of the Committee, Hon. Abubakar Danburam (PDP, Kano), told journalists that the two bank chiefs had failed to honour a scheduled meeting with the committee.

This according to him, forced the panel to direct its secretariat to issue a summon compelling their appearance, adding that their failure will necessitate the issuance of arrest warrant against them.

According to him, “We are supposed to meet with Heritage Bank and Aso Savings with regard to the Treasury Single Account (TSA). As you can see, none of their management staff is here today (yesterday).

“Our independent investigations have revealed that contrary to what Heritage Bank submitted to us, they also have two undisclosed accounts in the TSA.

“The one with Nigerian Export and Import (NEXIM) Bank has $104 million while a second one with Nigerian Maritime Administration Safety Agency (NIMASA) has $46,000. Yet, there is another N21 billion, which also forms part of our inquiry. We want to know why they did not reveal those accounts to this Committee.

“We hereby give the Managing Directors of Heritage Bank and Aso Savings the opportunity of summon to appear before this committee in a date to be announced later. If they fail, we will then issue a warrant of arrest against them,” Danburam,” warned.

He said Aso Savings, on its part is expected to provide explanations on its proposed assets swap programme with the federal government for which the funding procedures lack details. 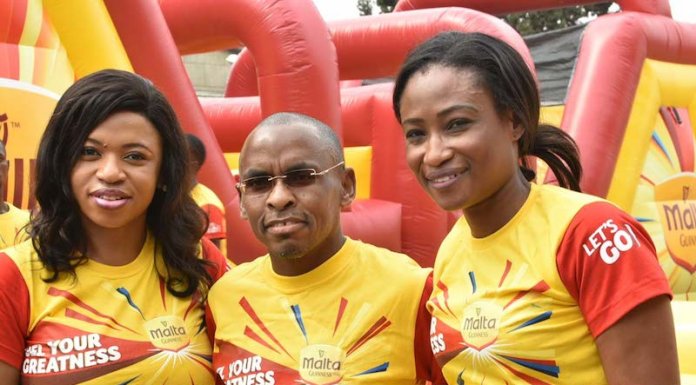