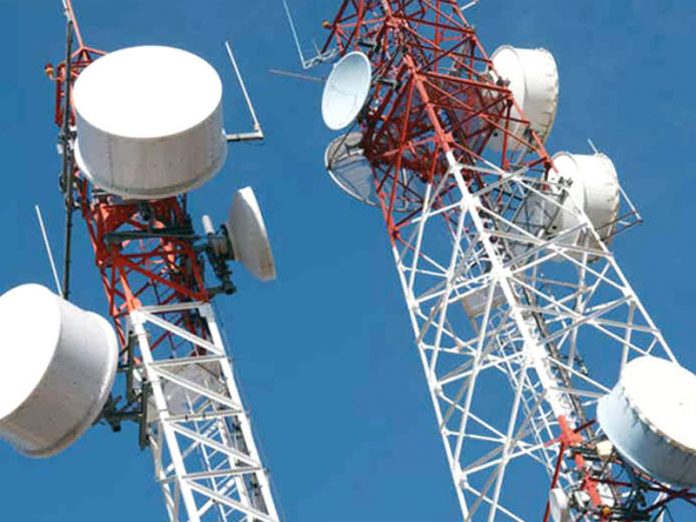 With the recent revelation that the telecoms industry lost so much money to call masking/refiling in the last two years, there is urgent need for the industry regulator to device means of addressing the issue in order to avoid further losses, writes Emma Okonji

Penultimate week, the Nigerian Communications Commission (NCC), gave a shocking revelation that the telecoms industry lost as much as N1.06 trillion ($3 billion) revenue to Call Masking, Call Refiling and SIM Boxing within a space of two years

According to NCC, in an attempt to address the issue, it had to ban 750,000 mobile lines hitherto assigned to 13 operators from the national network. The lines were suspected to be used by some operators for call masking and refiling.

In technical parlance, call masking and refiling is basically when an international call ID is tampered with and terminated in Nigeria as a local number, while SIM Boxing is a process of creating an artificial middle man with a device that alternates call rates. The perpetrators have ulterior motives in tampering with international calls and disguising such calls as local calls because of the profit they will make from the price differential between international and local call termination rates.

The abuse has been going on unabated from 2016 to 2018, before it was realised that the industry was losing so much money to the illicit activity of some telecoms operators whom have since been apprehended and punished by the NCC.

Disturbed by the huge loss to call masking and refiling within a space of two years, industry stakeholders have called on NCC to device other ways of monitoring and detecting the unwholesome activities of some telecoms operators who want to  make all the money from the sector at the expense of the telecoms industry. The move, according to them, would put an end to further loss of revenue from the sector.

The Executive Vice Chairman of NCC, Prof. Umar Garba Danbatta, at the 85th edition of the NCC organised Telecoms Consumer Parliament (TCP), which held in Lagos penultimate week, hinted on the new wave of revenue loss within the telecoms industry, amounting to N1.06 trillion with a space of two years.

Danbatta, who was represented at the parliament by the Director, Consumer Affairs Bureau at NCC, Mrs. Felicia Onwuegbuchulam, said the revenue loss started in September 2016 when the NCC reviewed and implemented a new call termination rate for international inbound traffic from N3.90k per minute to N24.40k per minute. He said the operators involved in call masking and refiling took undue advantage of the hike in international termination call rate to tamper with international calls and terminate them as local calls in order to avoid paying the new rate, thereby defrauding the telecoms industry of trillions of naira withing a space of two years.

According to him, what happened since 2016 was a clear indication that some unscrupulous elements in the telecoms industry wanted to continue to fraudulently profit from the earlier lopsidedness in the International Termination Rate (ITR), which was operational before the 2016 review.

Worried by the ugly situation, Danbatta said NCC investigated the fraud and arrested some operators involved in call masking and call refiling. He said in the process, NCC barred as much as 750,000 lines assigned to 13 operators from the national network. The lines, which were barred this year, were suspected of being used for masking and NCC took a hard and no-compromise stance to withdraw the use of such lines.

Danbatta said despite regulatory actions, call masking persisted as telecoms consumers continued to express outrage over call masking, even as security agencies constantly put pressures on the Commission to find a lasting solution to the menace.

Danbatta said as part of zero tolerance for communications fraud in the market, the Commission was determined to stamp out the practice in the industry at all cost.

Onwuegbuchulam said the Commission had been inundated with complaints by telecoms consumers and other industry stakeholders on the rising wave of call masking and refiling, which she said, posed security and economic risks.

Some telecoms operators who attended the consumer parliament, condemned call masking and refiling and called on NCC to increase its awareness campaign on eradication of call masking, and to impose severe sanctions on all those involved in the act in order to save the telecoms industry from collapse, an industry that is currently valued at $70 billion. They also advised subscribers to ensure that they duly and personally register all new SIM cards purchased and to avoid patronising pre-registered SIM card dealers.

Speaking on its national implication, some stakeholders called on NCC to conclude the issue of SIM card registration and ensure that all registered SIMs have traceable identity, which must include facial recognition, thumb print recognition and house addresses or office addresses. According to them some of the lines used for call masking were not duly registered, a situation they said, made it extremely difficult to trace the true owners of such lines. They also raised the security implications of kidnapping, blackmailing, bullying and threat to lives, through the use of masked lines that will never show the true identity of the originator of the call. They said people have received threat messages from unknown lines that have been tampered with and used to make malicious calls through which they extort money from people under threat, or even for collecting ransoms from the families of kidnapped victims. Responding to the national security implications as related to SIM card registration, the Director,  Legal and Regulatory Services at NCC, Mrs. Yetunde Akinloye, said NCC has a strong Know-Your-Customer (KYC) policy that allows an individual to register not more than five mobile lines to his or her name, and as much as 100 and above for companies that are duly registered with NCC. She said the policy would help in addressing SIM card registration issues and at the same time, address the national implications of improperly registered SIM cards across networks.

According to Danbatta, the NCC, in collaboration with different stakeholders and security agencies, held series of meetings, which led to the suspension of six indicted interconnect exchange licensees in February 2018, for their involvement in call masking and refiling.

Penultimate week, the enforcement team at NCC, in collaboration with the Nigeria Security and Civil Defence Corps (NSCDC), raided some markets in Lagos, were some traders were arrested for selling pre-registered SIM cards. Head, Enforcement Unit of the commission, Mr. Salisu Abdu, who led the team on the raid mission, said it took the team three days to raid some major markets in Lagos, in search of pre-registered SIM card dealers.

Abdu said the latest enforcement exercise was largely informed by a report from the office of the National Security Adviser about the prevalence of pre-registered SIM cards at some locations in Lagos. He however expressed some measures of satisfaction that the trend seems to be on a downward trend when compared with what obtained in the past few years.

Some telecoms industry stakeholders, who were present at the telecoms consumer parliament, suggested that in preventing further financial losses to call masking and refiling, and also in curbing the national security implications of call masking, NCC should consider reviewing the current exchange rate for international and local call termination, with a view to reducing the rate of call masking in the country. They argued that before the rate was increased in 2016, there was nothing like call masking, while explaining that a reduction in the termination rate will take away the temptation of cutting corners by telecoms operators that are looking for cheaper ways to survive at all cost.

NCC should prosecute those involved in call masking and make such prosecution public, they added.

In other to completely address the issue, Akiloye said NCC would continue to monitor the networks and sanction more operators and individuals who were still involved in call masking, call refiling and SIM Boxing. She said NCC’s earlier interventions have helped to reduce the rate of call masking by 25 per cent and SIM Boxing by 40 per cent.

NCC on its part, called on telecoms subscribers and the Nigerian populace to report cases of call masking and refiling to a special free of charge code: 622.

“The Commission is set to take the bull by the horns towards putting an end to call masking menace in the country. NCC is leveraging different consumer platforms to deepen awareness campaign on call masking and we advise consumers to report the local numbers through which they receive foreign calls as masked calls to the Commission for proper tracking,” Danbatta said.