The Edo State Governor, Mr. Godwin Obaseki, has said that the state government will set aside N6 billion for the renovation of primary schools across the state, within six months and fit them with essential tools for learning so that the state can reap the full benefits from the 7,000 teachers who have undergone training under the Edo Basic Education Sector Transformation (EDOBEST) programme.

Obaseki said this at the graduation ceremony of 7000 digital teachers under the Edo-BEST programme, which held at the main bowl of the University of Benin (UNIBEN) Sports Complex, in Ugbowo, Benin City, the Edo State capital.

According to him, N3 billion will be sourced from the Paris Fund Refund while the state government will provide the balance N3 billion for the revamp of primary schools in the 18 local government areas of the state.

“President Muhammadu Buhari has mandated that N3 billion from the Paris Club Refund should be used to refurbish primary schools in Edo State. We commend the President for the gesture and we will ensure that we provide desks, chairs, teaching aids and renovate all our classrooms,” he assured.

The governor further said that more teachers would be hired while those who were yet to be trained on the digital teaching method would be exposed to the training which will be extended to public secondary schools soon.

He described the event  a major milestone since the repositioning of the State Universal Basic Education Board (SUBEB), assuring that the deployment of digital teaching method will transform the face of education in the state.

He added that the state government is fully committed to basic education, which is justified in the investment being made and the feedback from parents, who have relayed the improved outcomes from interactions with their children.

“After the pilot last term, I hosted teachers and was told about the remarkable improvement. I did not believe until I got feedback from parents. However, we have to make some fundamental changes. I believe more times should be given to the students to learn in school,” he said.

According to him, “On electricity, we are working very hard to provide solar charging ports in every school. We are also working with the Niger Delta Power Company on the project.”

Noting that a lot is being done in capacity building for teachers, he said, “We have one College of Education with three campuses. The campus in Abudu is almost ready and will be open for activities in January next year with accommodation for 2000 teachers.

Earlier, the Commissioner for Education in the state,  Hon. Emmanuel Agbale, said the 7,000 teachers were drawn from 612 public primary schools in the state and added that the training would enable the teachers function optimally in an ICT teaching environment and make learning interesting to pupils.

He disclosed that over 150, 000 pupils were already benefiting from the Edo-BEST digital programme while quality assurance and learning and development officers were being deployed to schools to monitor the teaching process.

Executive Chairman, Edo SUBEB, Dr. Joan Osa Oviawe, said the training exercise commenced in April and a total of 7,000 teachers, who are graduating from the programme, have benefitted from different capacity building initiatives.

On the achievements of the programme so far, she said, “Our pupils have become motivated and disposed towards learning as a result of the new innovations in teaching. Our teachers have taken their jobs seriously as the pride and place of the teaching profession have been restored. Monitoring teachers have become easier for headmasters and headmistresses with the new technology.

“Teachers no longer make flimsy excuses to absent themselves from work considering the new tech innovation which requires them to make their time of arrival and departure, which are recorded at the Central Support System and also because of the new motivational measures which Edo-BEST affords them.”

According to her, “Edo BEST teachers and head teachers are fully equipped with capacity in instructional technology with each having their individual computers and smart phones with which they access daily lessons and also take attendance from the Central Support System. 612 public schools with over 150, 000 pupils are currently covered by the Edo-BEST programme.”

She said that the state government is collaborating with the United States (US) Embassy and RoboRave to acquaint the state teachers with latest technology in teaching and Artificial Intelligence, Nanotechnology, among others. 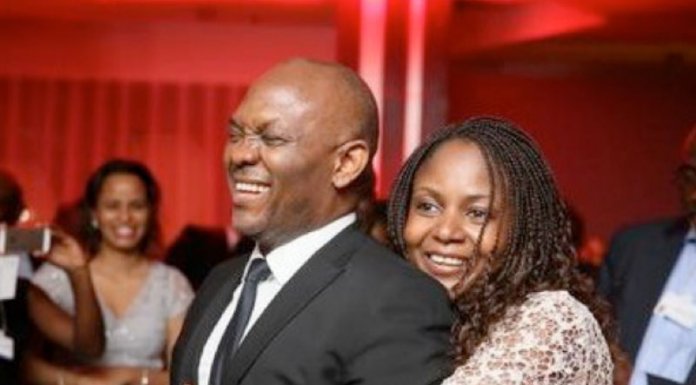