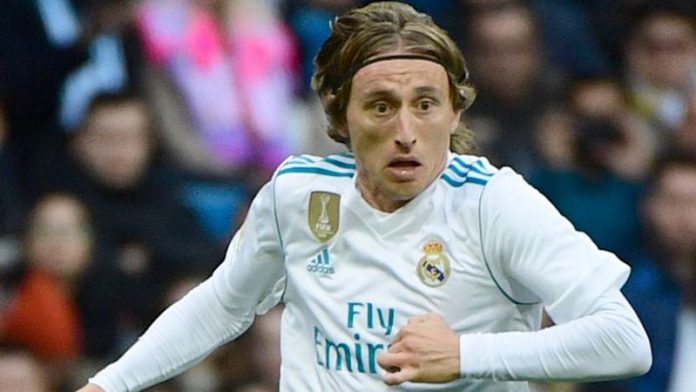 Real Madrid’s Midfielder, Luka Modric who last July led his country Croatia to the final of the World Cup in Russia is top on the list of nominees for the 2018 Ballon d’Or.

The creative midfielder was last month crowned World Best Player of the year at the FIFA Best Awards in London. He is also tipped to add the Ballon d’Or to the FIFA honour to crown his spectacular season for both club and country.

Nominees for the Ballon d’Or which ended its six years romance with FIFA in 2016 is compiled by the editorial staff of France Football, the French publication that instituted the award in 1956.

The winner is voted for by journalists from around the world with one representative per nation.

The ceremony to announce the winner will take place in Paris on 3 December, when a women’s award will also be presented for the first time.

Portugal forward Cristiano Ronaldo, who joined Juventus from Real Madrid in the summer, won last year’s Ballon d’Or and is again a contender.

His arch-rival, Argentina and Barcelona petit forward, Lionel Messi is also on the list of nominees.

Tottenham’s Harry Kane, 25, is also in the running for the football top honour same as Wale’s Garett Bale.

Kane helped England reach the semi-finals of the World Cup in Russia , while Bale scored twice for Real Madrid in the Champions League win over Liverpool.

Chelsea’s Eden Hazard and N’Golo Kante are also on the 30-man list, which is being revealed five players at a time.