*To move against states owing salaries

The Nigeria Labour Congress (NLC) has said that the report on a new minimum wage will be submitted to the Federal Government next week.

Labour said the Tripartite Committee negotiating a new minimum wage, which met for two days last week, had completed its assignment and would be submitting its report to President Muhammadu Buhari.

The President of NLC Comrade Ayuba Wabba who disclosed this in Abuja, said the committee used the two-day meeting to deliberate on a minimum wage template that will be acceptable to all employers of labour in the country.

He also said that the organised Labour would fix a date for a national rally against states that are owing salaries of workers.

“I want to assure workers that all has been concluded and will be passed for signing within the week. We would also set aside a date for rally against state governors who don’t pay salaries regularly,” he said.

Ayuba commended the Organised Private Sector, Manufacturers Association of Nigeria and Nigeria Employers Consultative Association (NECA) for their resolve to pay the new minimum wage when it is signed into law.

On what was agreed as the figure for the new minimum wage, the NLC president said the new figure would be announced by the president after studying the report.

According to Ayuba, the presidency would make it public after deliberation by the National Economic Council meeting.

Members of the organised labour, comprising the Nigeria Labour Congress (NLC), Trade Union Congress (TUC) and the United Labour Congress (ULC), had on September 30, suspended its warning strike to participate in the resumed tripartite negotiations.

Labour is demanding N65,500 as new minimum wage for workers, while the private employers and some state governors proposed N25,000.

Meanwhile, NLC Monday led its members to distrupt business activities at the Bolton White Hotels, in Area 11, following the company’s refusal to allow staff members to belong to a union of their choice.

The workers who arrived the hotel premises as early as 8am, closed both the entrance and exit gates, preventing customers from coming and going out of the hotel.

NLC alleged that for a decade now the movement had been engaging the management of the hotel on the need to allow it’s workers unionise, but that it had refused, forcing workers to work as slaves without a working condition.

NLC president Comrade Wabba who led the workers also said there were allegations of sexual harrasment and victimisation of workers.

Wabba said the picketing of Bolton White was made to coincide with the celebration of World Day for Decent Works, adding that workers of the hotel has been facing exploitation.

“October 7th of each years has been set aside as the World Day for Decent Work. And this to advance decent work agenda and ensure that we say no to exploitation, say no to poverty, say no to slave wage.

“We are using Bolton White to announce to others who are refusing unionisation that we are going to visit them and insist that Nigerian workers are not slaves, but partner in progress,” he said.

The workers were seen carrying placards with incripritions as “workers’ right to belong to union is a constitutional right, respect it,” “Workers are not production tools, change the rules” among others. 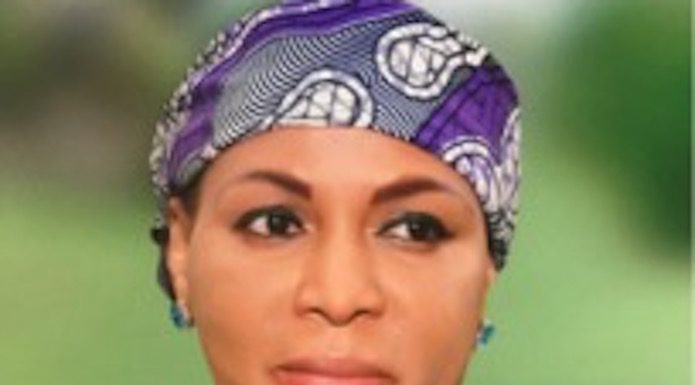