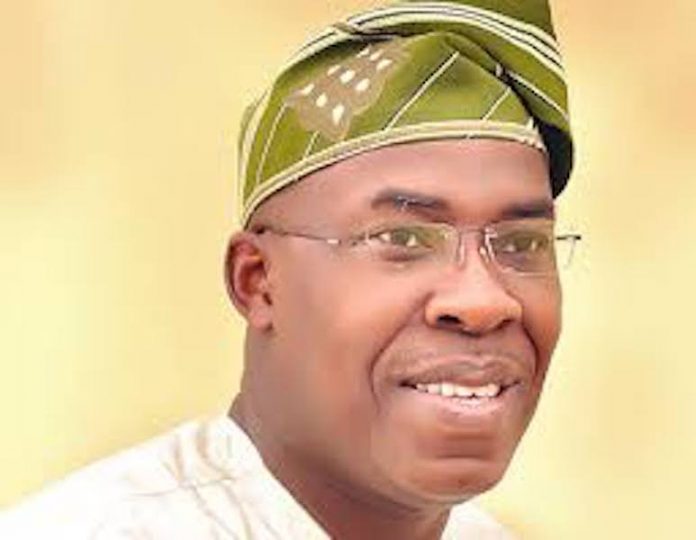 An Osun West senatorial aspirant on the platform of the Action Democratic Party (ADP), Mr. Dotun Babayemi, at the weekend, won the ticket to contest the February 16, 2019 senatorial election.

At the election held across 110 wards that make up the Osun West Senatorial District yesterday, Babayemi was unanimously elected by the party faithfuls and members to enable him participate in the 2019 general elections.

According to Adeoti, who former Secretary to the State Government (SSG) of Osun, described the process that led to the emergence of Babayemi as “purely democratic” and pledged that the ADP would not compromise the democratic tenets of allowing members to vote for their choice of candidates, instead of resorting to imposition.

He, however, imported the good people of Osun State to give their support to the party in the upcoming 2019 general elections to enable them benefit from the dividends of democracy.

Also, speaking in the same vein, the state chairman of the party, Mr Toye Akinola, commended the process that produced Babayemi as the Osun West Senatorial candidate, saying that the senatorial candidate has been carefully elected in order to bring succour to the people of the district if he is elected.

In his response, the ADP candidate, Babayemi, expressed his appreciation to the people of his constituency for choosing him as the party’s senatorial candidate.

According to him, he promised to embark on projects and programmes that would touch and improve the lots of his constituents if he elected into the office.

Besides, Babayemi sought the support of the people of his constituency on the need for them to look inward and care their votes for him in the upcoming 2019 general elections.