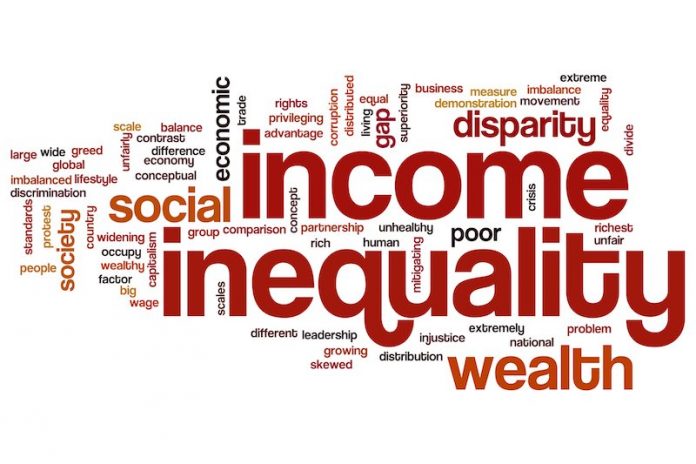 One of the social challenges facing Africa today is economic inequality. In fact, about 87 million Nigerians are reported to be living on less than $2 per day. This has been adjudged by experts to be as a result of the huge income disparity between the rich and poor.
Owing to this, THISDAY went out to seek the opinion of some Nigerians on what can be done to bridge the income disparity gap in the country:

* On what can be done to bridge the income inequality gap. There is need for availability of functional infrastructural facilities as these are the roots to driving foreign direct investment. With the contentious minimum wage which the government at all tiers cannot pay considering past struggle, I would advise that the government puts its energy into having an investment friendly environment through the provision of functional infrastructural facilities.

Check out the roads in Lagos, the commercial nerve centre in Lagos, these are at its lowest dilapidation in decades, how about power supply. What’s happening at the Ports and importantly medical tourism is still the order of the day, then insecurity. No doubt the government is financially incapable to turnaround the circular flow of income amongst the various strata of the economic households and with this FDI is key to boosting the economy across all fronts.
-Taiwo Kehinde, Lagos

* Nigerians should be self-reliance by using what we have to create something. Youths should aspire to be self employed by learning other things outside their certificate which only gives them a path way to seek for white collar jobs. More of job creation will help in bridging the gap. Nigerians should also make sure that locally made produce are patronized.

– Chinyere Okoroafor, Lagos
* Clear-cut economic policies aimed at having a far-reaching effect on the masses. There is need for creation of jobs through formulation of favourable policies that would allow private investors to thrive. When it is a massive private driven economy, then there would be more jobs for the people (skilled and unskilled). This would remarkably reduce economic inequality in Nigeria. Any government that the rural dwellers; majority of whom form the population of a country do not feel its impact, has failed.
– Abel Kolade, Lagos

* The constitution should be made rigid such that it will not accommodate corruption. The naira should not be devalued, and we need to develop our economy. Nigeria and Africa have been hijacked by foreign investor. The economy should be developed for Nigerians and African at large. I think the time spent it is too short to determine if he has done enough. But to be honest I don’t think much has been done because the administration looks like one without vision and purpose.
– Hycinth Uche, Lagos

* In a diverse society like Nigeria, the first thing required to bridge the gap between the between the rich and the poor is to have a president with the political willpower to address such fundamental issue and not merely about a lip service, sectionalism or ethnic sentiments in the administration of such national social investment. High investment in the training and empowerment with relevant skill sets for the poor to be able “to learn how to catch their own fish”. Fourthly, start-up kits, access to direct funding without stringent conditions, project monitoring and mentoring to sustain the programme. Personally, I don’t think this government has been sincere in their supposed poverty reduction programs.

* In developed countries the private sector is the highest creators of employment. The government focuses on providing the enabling environment and infrastructures which will enable the private sectors provide employment. This the government must do. Also, the wages and salaries of the legislature and the executive should be reduced drastically while the minimum wage of the Nigerian worker should be incredible. The amount paid to those in power coupled with corruption is so great that so many persons are in governance for the purposes of enriching themselves. This must be stopped by a massive reduction of what is paid to those in power.
– Cletus Ojogan, Lagos