The National Chairman of the African Democratic Congress (ADC), Chief Ralph Nwosu, has described the President Muhammadu Buhari led All Progressives Congress government as the worst in recent history of the country.

Nwosu who was speaking at the party’s Lagos State Secretariat, during the celebration of the nation’s 58th Independence anniversary, with a programme tagged; “Handshake Across The Niger” lamented that the country had witnessed monumental rot in all sectors of the economy since 2015.

Chiding the Buhari administration for failing to tackle the killings across the country, he said the administration did not deserve a second term in office.

“The current administration has failed and should not be re-elected, and the President does not deserve a second term in office…

“The country is more divided now than when

he came to office, look at the killings. Who has been reprimanded?

“There is sadness in the land as we mark this independence day,” he said.

Speaking earlier, the State chairman of the party, Chief Tunde Daramola, said that the party was ready to absorb the state governor, Mr. Akinwunmi Ambode, as its governorship aspirants if he was denied the All Progressives Congress (APC) gubernatorial ticket.

Daramola commended the governor over the press conference he had on Sunday on the crisis in the party, saying that Lagos is being ruled by a cabal and that it was time someone stood up to them.

On the 58th Independence of Nigeria, Daramola said that it was shameful that the country had not moved forward over the years, adding that though the country has enough resources, it has problem of leadership.

The chairman stated that Nigerians had been taken for a ride for too long, adding that the people have failed to claim their rights.

Noting that what the nation needs is restructuring, he said the current  structure was defective and that the people must claim their rights now.

“People thought former President Goodluck Jonathan was a fool for introducing the card reader into our electoral system.  This is what has helped in our previous elections and it is helping till today.  However, we need restructuring and we should use our resources for development purposes.

“We are celebrating 58 years of independence with nothing to show for it, whereas countries such as Singapore and Indonesia that got independence at the same time with us are no longer regarded as developing, they are now called developed countries,’ he said.

Daramola stressed that the country had stagnated since independence because of bad leadership, adding that present leaders were not different from the colonial masters.

He said: “policemen guard our politicians and leaders just as constables were guarding colonial masters in those days. Women and youths should wake up and fight for their rights. “We are not calling for violent revolution. With civil revolution they can be part of the decision making in the country. People cannot have three square meals in Nigeria now because of poverty.” 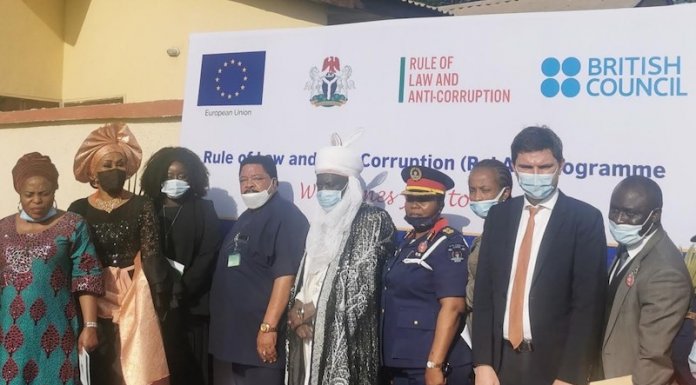