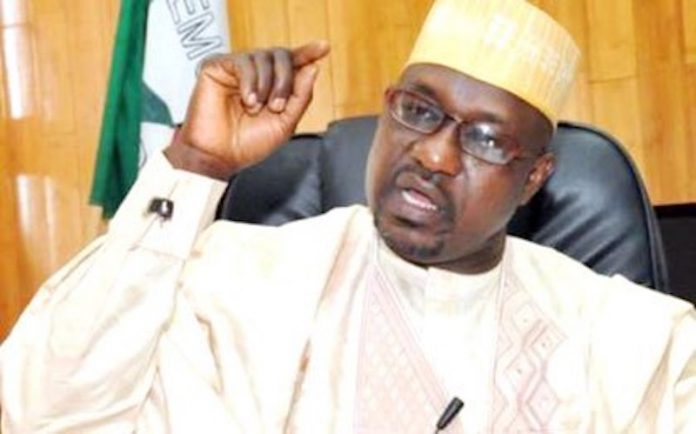 The Chairman of the All Progressives Congress (APC) governorship primary election panel for Imo State, Alhaji Ahmed Gulak has said that he narrowly escaped from being kidnapped after conducting the exercise on Monday.

He said that nine members of the primary election committee were still being held hostage in the Imo State Government House in Owerri.

Gulak who addressed a press conference in Abuja yesterday, said the results of the Imo governorship primary election in his possession showed that Senator Hope Uzodinma won the contest.

“In short results have been generated and the winner has emerged. The winner is Senator Hope Uzodimma,” he said.

Speaking about his narrow escape from kidnap, Gulak said he had to apply some sense to the airport before finding his way to Abuja.

Gulak said: “I am the chairman of the electoral panel sent to Imo State to conduct primaries. The tension there was so high. In fact, if it were is not for my resilience, we were supposed to be rounded up right from the airport to an unknown destination but I insisted that my first destination was to the Commissioner of Police,” he said.

While narating his experience, Gulak said he left his hotel room by 4 a.m. in the morning Tuesday after getting wind of a plot to arrest him and members of the panel.

“So, when we had sensed that something was fishy, by 4:30 a.m., we left Owerri to Port Harcourt and boarded a flight to Abuja after we had concluded the entry of the results,” he explained.

The former Special Adviser to President Goodluck Jonathan, said he deliberately avoided earlier invitation to go to the Imo Government House in on his arrival in Owerri but elected to go to the state police headquarters to deposit election materials.

“We went and deposited the materials; unknown to them, the materials I deposited were just the ballot papers that are to be used when there is a tie between aspirants at the wards.

“I was also informed, even the Assistant Inspector of General of Police, zone 9 just called me that he went for an investigation as directed by the Inspector General of Police and discovered that the governor with some policemen came himself to the hotel and took my members to the government house and up till now, he has not released them and anything could have happened to them.

Gulak insisted that elections were held, results generated and that the winner is Senator Hope Uzodimma, adding that he had to leave Owerri because his committee members disappeared from the hotels where they were supposed to stay together and were taken to the government house.

“Myself, Col. Ibeanu and Hon Bernard Mikko were the only ones that did the job as the others had disappeared,” he said.