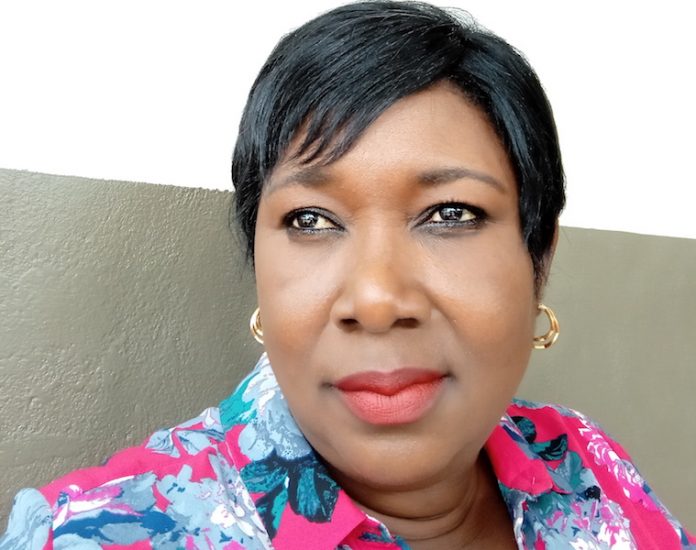 Waters
A recently released report from the US Department of State’s Bureau of Economic and Business Affairs revealed that maritime criminality in Nigerian waters, including piracy and crew kidnap for ransom has been on the increase in recent years “and law enforcement efforts have been limited or ineffectual.”

The ‘2018 Investment Climate Statements’, which provided information on the business climates of more than 170 countries including Nigeria, also noted that smuggled goods routinely enter Nigeria’s seaports and cross its land borders.
Last week, precisely on September 22, a gang of pirates took hostage 12 crew members of a Swiss cargo ship they attacked in Nigerian waters.

Massoel Shipping, the vessel operator said its bulk carrier MV Glarus, with 19 crew, came under attack early Saturday morning as it transported bulk wheat from Nigeria’s commercial capital Lagos to the southern oil hub of Port Harcourt.
During the attack, which occurred around 45 nautical miles southwest of Bonny Island, the criminals reportedly destroyed much of the vessel’s communications equipment and departed taking 12 of the 19 crew complement as hostage.

The first six months of 2018 saw a significant rise in maritime crimes. Little wonder, the IMB, which last year, raised the alarm that attacks by sea bandits off the Coast of West Africa were on the increase in Nigeria, has labelled the Gulf of Guinea, where Nigeria is a key player ‘a hotspot’ for piracy.
The unabated piracy attacks in Nigeria’s waters further affirmed that the Nigerian Navy and Nigerian Maritime Administration and Safety Agency (NIMASA) have failed woefully in their responsibilities of manning and ensuring safety and security of Nigeria’s waterways respectively.

Not only that the spate of attacks is giving Nigeria and other countries in the Gulf of Guinea a negative image in the comity of maritime nations, it is the major cause of high freight costs because shipowners and crew members often demand for high insurance premiums before embarking on voyage to Nigeria and the Gulf of Guinea.

These criminal acts, according to them, often lead to loss of valuable lives, physical harm or hostage-taking of seafarers, aside significant disruptions to commerce and navigation, financial losses to shipowners and damage to the marine environment.
A former Nigerian President disclosed recently that the country was losing as much as N250billion monthly and about 400,000 barrels of oil per day to maritime crimes.

Also recently, the Speaker of House of Representatives, Yakubu Dogara raised the alarm that Nigeria loses as much as N7trillion annually in the maritime sector owing to leakages in revenue generation and insecurity in the waterways. He noted that several attacks have been reported off Nigeria’s coast that involved pirates stealing cargoes of crude oil and petroleum products.
The increasing attacks and violence in the Gulf of Guinea, the Speaker further noted, is giving Nigeria and other countries in the sub-region very damaging and negative image in addition to an estimated monthly loss of $1.5 billion.

Dogara, who decried the porous nature of the country ‘s territorial waters, urged the Nigerian Navy and all relevant agencies to increase security at the water ways to curb piracy and other attacks that hamper the Nigeria’s economic activities.
The Speaker said: “It is even more worrisome to note that Nigeria is said to be losing about N7trillion annually in the maritime sector due to leakages in revenue generation and insecurity in the water ways.
“Between January and March 2016, several attacks were reported off Nigeria’s coast. This was said to involve pirates stealing cargoes of crude oil and petroleum products.

“The increasing attacks and violence in the Gulf of Guinea has given Nigeria and other countries in the sub-region very damaging and negative image in addition to an estimated monthly loss of $1.5 billion. The onus is on the Nigerian Navy to stem the tide and secure the nations territorial waters, in cooperation with other agencies of government.”

Aside the growing maritime crimes, a major hindrance to the growth of the maritime sector, according to experts, is the domination of Nigeria’s coastal shipping business by foreigners in violation of the Coastal and Inland Shipping Act (Cabotage).
The Cabotage Act stipulates that, a vessel other than a vessel wholly owned and manned by a Nigerian citizen, built and registered in Nigeria shall not engage in the domestic coastal carriage of cargo and passengers within the coastal territorial inland waters, or any point within the waters of the exclusive economic zone of Nigeria.

Worried about the nation’s porous exclusive economic zone (EEZ) and trading by foreign vessels, the House of Representative Committee on Maritime Education, Safety and Administration and the NIMASA, chaired by Muhammed Umar Bargo, noted that NIMASA’s satellite image of the EEZ showed that a lot of vessels or ships do businesses whereas NIMASA’s records showed that it doesn’t give waivers.

Bargo, during an oversight visit to NIMASA, noted that the agency, under Dakuku Peterside has failed to effectively man activities of vessels in Nigerian waters. He observed: “The satellite image of the Nigeria EEZ, shows a lot of vessels or ships doing businesses, but NIMASA’s records show that it doesn’t give waivers. If you are not giving waivers, what are the foreign companies doing on our waters? If they are illegally doing business on our waters, we should step up and arrest them and that is the primary function of NIMASA.”

He said NIMASA must step up its coastal security and guards and provide platforms to pursue these criminals out of our water. Bargo and his team also urged NIMASA and the Ministry of Transportation to come out clean on the issue of waivers to foreign companies.
But reacting to Bargo’s observation, NIMASA DG, Dakuku Peterside explained that initiatives have been deployed to enhance security of the nation’s territorial water including the (EEZ), one of which is the presidential maritime security intervention which requires collaboration with the Nigerian Navy and Air force to enhance the patrol of the nation’s waterways.

He also said the agency is pushing for early passage of the anti-piracy bill that will criminalise maritime crimes.
Peterside further added: We have also invested in maritime intelligence gathering in our maritime surveillance gathering and we are close in integrating the satellite surveillance system in the Navy falcon.

Interestingly, NIMASA disclosed recently it has started seizing vessels that violate the provisions of the Cabotage Law.
Specifically, Director of Maritime Labour and Cabotage Services at NIMASA, Ibrahim Jubril, claimed that the agency had acquired fast intervention vessels for the purpose of intercepting errant vessels.

He stated: “On the part of NIMASA as a regulator, we have put in measures to ensure full implementation of the Cabotage Act in Nigeria, particularly on the fourth pillar which has to do with building of ships, carriage of cargoes and the manning aspect of it. We have come up with an electronic register of all maritime labour that would enable us plan better for the industry, such that whenever there are identified jobs for seafarers, it would be carried out by Nigerians and Nigerians would be placed on the job.

“In line with the Presidential Executive Order, we have come out in full force, in terms of our enforcement, to ensure that only Nigerians are engaged onboard. Before the release of the Presidential order, NIMASA came up with a marine notice which stated that we would have zero tolerance for any waiver at all.”
Given the very crucial role the maritime sector plays in the development of the economy, experts have urged the Nigerian navy, NIMASA to buckle up and save the Nigeria’s waterfront from piracy and other sea robberies