Results trickling in from the primaries conducted yesterday by the All Progressives Congress (APC) and the Peoples Democratic Party (PDP) to elect their governorship candidates in the 36 states of the federation show that the incumbents, who were seeking return tickets had their ways in both parties in most of the states.

As at press time no major upset has been recorded even as allegations of malpractices trailed the contests that witnessed parallel congresses in some states, including Rivers, where the APC primary were held at two separate centres.

It was, however, not clear what the situation was in Katsina and Benue States, where returning Governors Aminu Masari and Samuel Ortom respectively were yet to pick their tickets.

Woes, violence and infractions, however, characterised the elections of the two major political parties.

In many states, where the sitting governors were in their first tenure, they were given the privilege of an affirmation for a second term. In Plateau State, the APC governorship endorsement of incumbent Governor Lalong held, as the governorship primary of the PDP also held. The APC with 3,150 delegates endorsed Lalong, while the PDP delegates were to choose among the 13 governorship aspirants. The result was still being expected at press time.

A former Deputy Governor of the Central Bank of Nigeria (CBN), Mr. Bayo Adelabu, and businessman, Mr. Seyi Makinde, won the gubernatorial tickets of the APC and the PDP respectively.

The tension soaked process leading to Adelabu’s emergence had over 30 aspirants within the ruling party until they were buckled down to eight recently. Among the finalists were a former Governor, Adebayo Alao-Akala; a Senior Advocate of Nigeria, Chief Niyi Akintola, a KPMG partner, Mr. Joseph Tegbe; two former commissioners, Prof. Azeez Adeduntan and Dr. Babalola Owolabi; a businessman, Dr. Olusola Ayandele; and Minister of Communications, Alhaji Adebayo Shittu and Adelabu.

In the PDP, oil magnate Makinde was the winner having polled 2, 772 to defeat former Senator Ayoade Adeseun who scored 21 votes, while 141 votes were voided.

Adeseun had earlier protested and petitioned the screening committee over alleged irregularities in the delegates’ list brought from the headquarters of the PDP in Abuja.

The exercise in Gombe State became questionable as security agencies and top party officials conspired to prevent correspondents of national dailies and local reporters access to the venue of the gubernatorial primary of the APC.

The public relations officer of the APC in the state, Madam Naomi Awar, decried the police action, saying that there was only a change in time for the commencement of the primaries from 3:00pm to 6:00pm. She, however, confirmed that there was an order that nobody should be allowed into the venue without instruction by the party.

Confusion was the order of the day at the Banquet Hall, Government House, Ilorin venue of the governorship primary of the Kwara State chapter of the PDP last night following the disruption of the voting exercise by suspected hoodlums.

The suspected hoodlums according to THISDAY checks allegedly revolted against the way the voting was being conducted at the venue.

The development, however, led the state governor, Alhaji Abdulfatah Ahmed, some aspirants and other government officials to escape through the back door.

Party delegates at the primary took to their heels to avoid attack by the hoodlums who invaded the venue of the voting.

Nine aspirants participated in the primary following the exit of the Speaker of the state house of assembly, Dr. Ali Ahmad from the contest.

However, two governorship aspirants yesterday emerged as candidates in the state. They are, the son of the foremost industrialist, Chief Samuel Adedoyin and the candidate of Accord Party (AP), Mr. Ayorinde Adedoyin, and former State Correspondent of THISDAY Newspapers, Hon. Abdulwahab Omotose, (of a faction of the APC).

Adedoyin emerged through a consensus arrangement, while Omotose won the primary election conducted by the factional group of his party.

In Akwa Ibom, violence abated the primary in the APC, which was to be contested through the direct primary by four candidates including,  Obong Nsima Ekere, Managing Director of Niger Delta Development Commission (NDDC), Barrister Dan Abia, former Managing Director of NDDC, Senator Akpan Udoedehe and Engr. Edet Efretuei.

Meanwhile, members of the PDP in the state elected the State Governor, Mr. Udom Emmanuel, as the party gubernatorial candidate in the 2019 general elections.

It was the first time since 1999 that any political party in the state allowed a governorship aspirant to go unopposed.

Emmanuel from Eket Senatorial District of the state was elected during the delegate congress of the party held at the Uyo township stadium with delegates across the 31 local government areas of the state.

Emmanuel who was the only governorship aspirant of the party scored 3,807 out of 3,830 delegates accredited.

A faction of the PDP in Borno State elected Alhaji Mohammed Imam as its gubernatorial candidate for the 2019 election. He contested under the faction led by Zanna Gadama. Another faction of the party which has former Minister of State for Works under President Goodluck Jonathan, Alhaji Mohammed Wakil, as an aspirant and Dr. Kyari Abba Dikwa contesting for the ticket at next year’s gubernatorial election, had a parallel primary.  The withdrawal of Dikwa created room for the emergence of Wakil, who just needed an affirmation at the primary.  The crisis rocking the Rivers State chapter of the All Progressives Congress (APC) came to the fore as two factions of the party elected two different candidates to represent the party in the 2019 governorship election.

The result was announced by the Returning Officer, Hon. Chigbu Sam Eligwe.

But another governorship primary of the APC held at Igboukwu Field, D-Line, produced Cole as the winner. He polled 3,329 votes to defeat Dr. Dawari George who got 491 votes. Chief Dumo Lulu-Briggs got 38 votes, while Senator Magnus Abe got 1 vote.

Meanwhile, the PDP unanimously elected Governor Nyesom Wike as its candidate for the 2019 governorship election.

Wike, who was the sole aspirant, polled 3,345 votes from delegates from the 23 local government areas at the party’s special delegates Congress held at the Civic Centre, Port Harcourt.

In Cross River State, it was confusion all the way as members of the APC struggled to hold the party’s governorship primary.

However, before the National Vice  Chairman of the South-south, Mr. Hilliard Eta, announced the  postponement of the election, but two governorship aspirants on  the party’s platform, High Chief Edem Duke, and Professor Eyo Nyong, and some  elders of the party had addressed journalists, accusing Eta of undermining the process in favour of a particular aspirant.

But Eta denied and said the postponement was due to the late arrival of the seven-member election committee sent to the state.

In the PDP, Governor Ben Ayade had a smooth sail as the governorship candidate of the party, following the affirmation of 1,937 out of 2,001 delegates.

Two other contestants, Dr. Paul Udayi and Mr. Emmanuel Ibeshi had been disqualified by the party.

The primary in the Ogun State APC had to be postponed as five of the six governorship aspirants jointly petitioned all relevant security agencies in the state over alleged security breach and breakdown of law and order during the preparations for the party’s gubernatorial direct primary.

The petition signed by the five APC governorship aspirants: Senator Adegbenga Kaka; Otunba Bimbo Ashiru; Mr. Jimi Lawal; Prince Dapo Abiodun and Hon. Abayomi Hunye noted that some security operatives were to be used by the power-that-be in the state to intimidate, harass and kidnap their loyalists, who had earlier in the day turned out to participate in the exercise before it was postponed.

While in the other group led by Sikirulai Ogundele, held its primary election inside the Marquee of the Olusegun Obasanjo Presidential Library (OOPL) complex, Abeokuta. The group had only one governorship aspirant, Oladipupo Adebutu, who is currently a member of the House of Representatives, representing Remo North/Ikenne/Sagamu Federal Constituency.

There was jubilation in Enugu State as Governor Ifeanyi Ugwuanyi was overwhelmingly elected as the governorship candidate of the PDP for the February 2019 governorship election in the state.

Ugwuanyi, who was the sole aspirant in the colourful and hitch-free governorship primary election held at the popular Nnamdi Azikiwe Stadium, Enugu, emerged the party’s candidate after polling the highest number of votes cast by the delegates.

Taraba State Governor, Darius Ishaku, was also unanimously elected as the gubernatorial candidate of the PDP.

At the end of the gubernatorial primary election conducted at the Jolly Nyame stadium in Jalingo, Ishaku polled 1, 928 votes out of a total number of 1, 928 votes cast.

Delta State Governor Ifeanyi Okowa  was affirmed as the sole candidate of the PDP, with 3,252. Okowa thanked the PDP leaders and members, urging them to remain united as one family for the challenges ahead, particularly in 2019.

The governor, who announced his deputy, Mr. Kingsley Otuaro, as his running mate, promised to continue his government’s development and people-oriented programmes if he wins a second term of office as governor.  In Kaduna State, Governor Nasir El-Rufai also enjoyed the privilege of affirmation from members of the APC in the state. About 4,000 delegates participated in the party’s primaries which held at the Indoor Sports Hall of the Murtala Square.

Meanwhile, the PDP held its governorship primaries at the International Trade Fair Complex, along Zaria Road, Kaduna. Ten aspirants are vying for the party’s governorship ticket.  About 2,773 delegates across the 23, local government areas of the state, took part in the exercise which had not been concluded at press time participating in the primary elections.

Governor David Umahi of Ebonyi State is the governorship candidate of the PDP in the state.

At the press time, everything was set for the conduct of the governorship candidate of the APC in the state.

Meanwhile, uncertainties beclouded the APC primary as party leaders raised questions on the list of authentic delegates, as a result of the factional crisis in the state chapter of the party.

There was also insinuation that the electoral panel from the national office of the APC might have been hijacked. Many alleged that the faction loyal to the Minister of Science and Technology, Dr. Ogbonnaya Onu hijacked the panel to an undisclosed place so that the Minister’s preferred candidate would emerge. 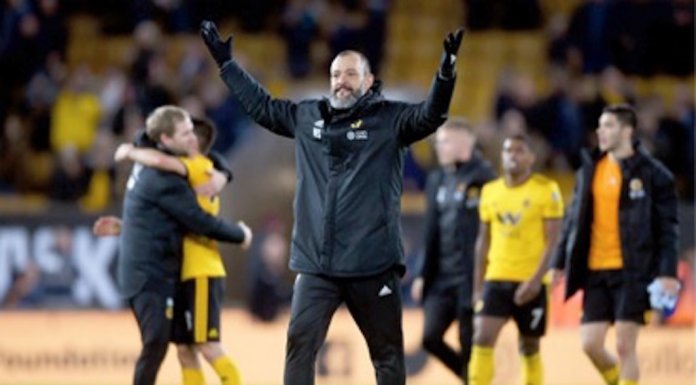